Subscribe
NEWS METAL Listen How Metallica and Miley Cyrus Performed Nothing Else Matters Live on... 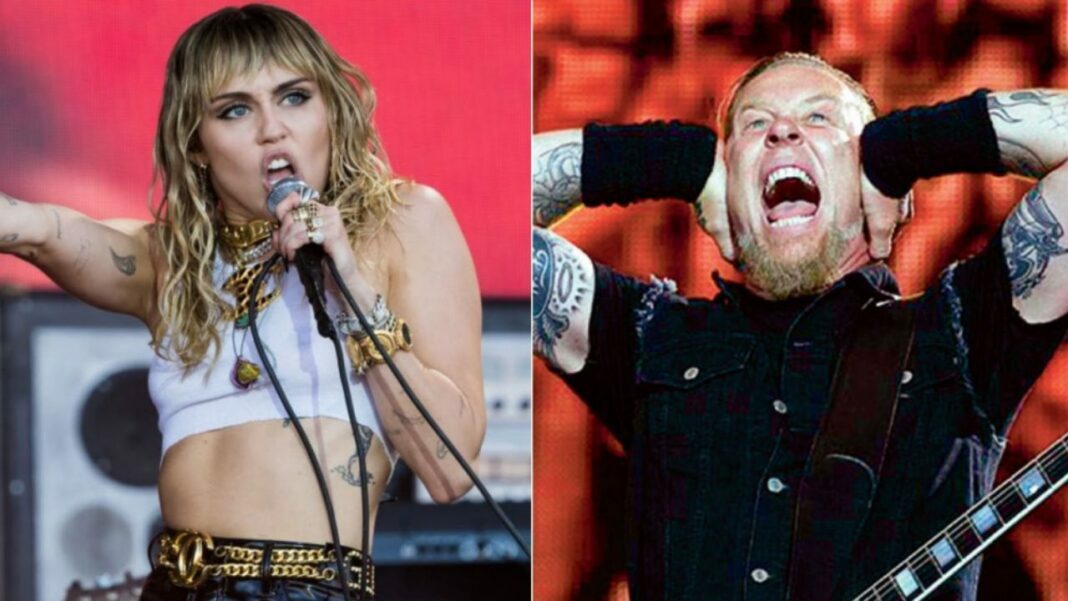 Metallica and Miley Cyrus officially performed Nothing Else Matters live.

As MetalCastle reported on September 4, the official The Howard Stern Show social media pages had shared a short clip to introduce what fans see this week on the show. It had been announced that this week’s show feature Metallica and their collaboration with the pop star Miley Cyrus on the band’s classic, Nothing Else Matters.

Also, as some of those Metallica fans might remember, the band had announced this past June that they will be releasing a new massive reissue of The Black Album, titled The Blacklist, on September 10, 2021. In the massive reissue, Metallica added Miley Cyrus to cover their classic song Nothing Else Matters.

When Metallica announced the collaboration, they seemed very happy working with her.

“In celebration of the #BlackAlbum2021 & the #MetallicaBlacklist this Friday, the one & only Howard Stern has invited us back for another virtual visit,” the band tweeted to announce the collaboration. “Tune in to the @sternshow this Thursday at 12 noon ET/9 am PT when we’ll perform with special guest @MileyCyrus!”

In celebration of the #BlackAlbum2021 & the #MetallicaBlacklist this Friday, the one & only Howard Stern has invited us back for another virtual visit. Tune in to the @sternshow this Thursday at 12 noon ET/9 am PT when we'll perform with special guest @MileyCyrus! pic.twitter.com/x6Zvd8yn9D

This was not the first time Miley Cyrus appeared alongside Metallica members. In January 2019, the band’s drummer Lars Ulrich had shared a social media post alongside the pop star. They were backstage and looked very happy.

“Still stunned by your next level version of ‘Say Hello 2 Heaven’ for Chris,” Lars captioned. “Beyond inspiring.”

James Hetfield answered Metallica fans’ criticisms in a recent interview with The Guardian. The frontman touched on his band’s stability and said that nothing would change it. He also mentioned his band’s fans’ concerns and said that Metallica is Metallica, so there is nothing to worry about the band’s future.

Later then, James Hetfield added about The Blacklist: “We’re still explorers. A project like the Blacklist is proof of that. Someone once told me: ‘The rear-view mirror is smaller than the windshield for a reason.’”