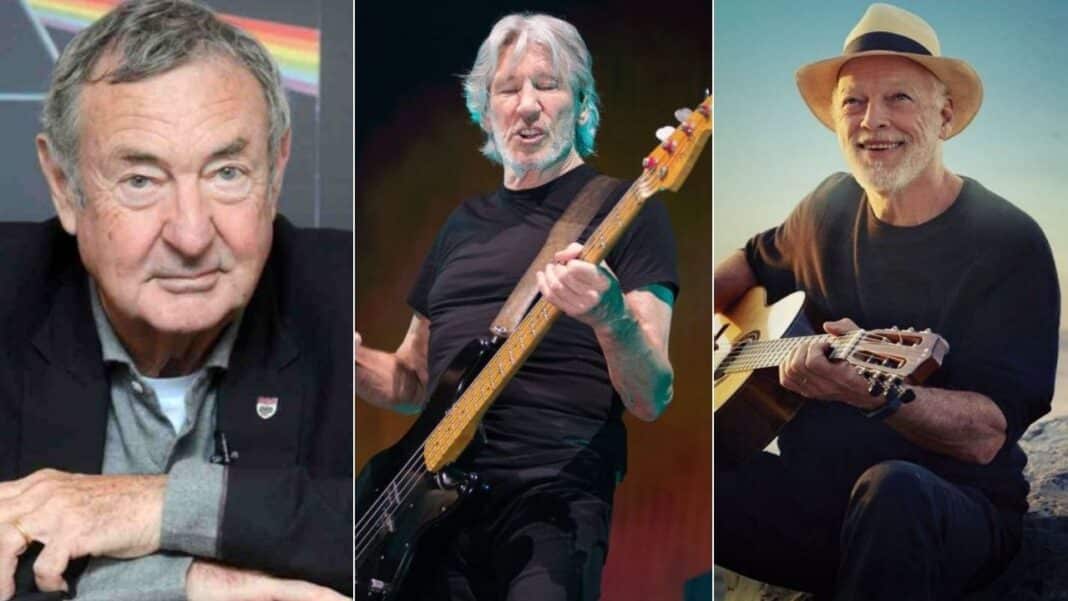 Selling more than 250 million records worldwide, the band debuted in 1967 with its The Piper At The Gates Down. Their fifteenth and latest album was released in 2014 and named The Endless River.

The band’s Wish You Were Here, The Wall, and The Dark Side Of The Moon are among the best-selling albums in the rock and roll community.

As of 2021, the net worth of Pink Floyd is $350 million. When people ask who is the richest Pink Floyd member, scroll and learn Roger Waters, David Gilmour, Nick Mason, Syd Barrett, and Richard Wright‘s net worth in 2021.

Who Is The Richest Pink Floyd Member?

Roger Waters is an English singer and bassist who came to prominence with the band he co-founded, the Grammy Award-winner rock band Pink Floyd.

Appearing with Pink Floyd from 1965 to 1985, Roger Waters had performed in the band’s twelve studio albums among those fifteen. When the musician released his debut studio album with the band in 1967, titled The Piper At The Gates Of Dawn, the latest album was titled The Final Cut and had released in 1983.

Besides his career with the band, Roger Waters had released four solo studio albums as a solo artist. Debuted in 1984 with The Pros and Cons Of Hitch Hiking, Waters released his fourth album in 2017, titled Is This the Life We Really Want?.

Roger Waters was inducted into the Rock And Roll Hall Of Fame as a member of Pink Floyd in 1996.

David Gilmour is an English singer, guitarist, and songwriter who reached his world fame as a member of the rock band Pink Floyd.

Gilmour started his Pink Floyd career in 1967 when the band’s co-founder Syd Barrett left the band. The musician appeared in entire Pink Floyd albums except for the band’s debut, The Piper At The Gates Of Dawn.

Born on January 27, 1944, in Birmingham, England, the English musician Nick Mason is known for his drum career with his co-founded rock band, Pink Floyd.

Nick Mason is the only member who appeared in entire Pink Floyd albums. As you know, debuted in 1967 with The Piper at the Gates of Dawn, Floyd released fifteen studio albums in its catalog.

Outside his Floyd career, Nick Mason released one solo studio albums in his solo career. It was named Nick Mason’s Fictitious Sports and released on May 3, 1981.

During his ongoing active career, Nick Mason has also appeared alongside some artists such as Rick Fenn and Michael Mantler.

Syd Barrett was the English singer and songwriter who co-founded the rock band Pink Floyd and reached world prominence as a member of the band.

The original frontman and primary songwriter of Pink Floyd, Syd Barrett, was born on January 6, 1946, in Cambridge, England. He passed away on July 7, 2006, due to the pancreatic cancer.

Before he announced his retirement in 1972, Syd Barrett had appeared on four singles, two studio albums, and several unreleased stuff of the band. The albums that Barrett appeared in were the band’s first two albums.

Richard Wright was the English musician who co-founded the rock band Pink Floyd alongside Syd Barrett, Nick Mason, Bob Klose, and Roger Waters. He had played keyboards in the band.

Wright appeared on fourteen studio albums of the Pink Floyd. The album he did not appear in was the band’s twelfth studio album The Final Cut, which was released on March 21, 1983.