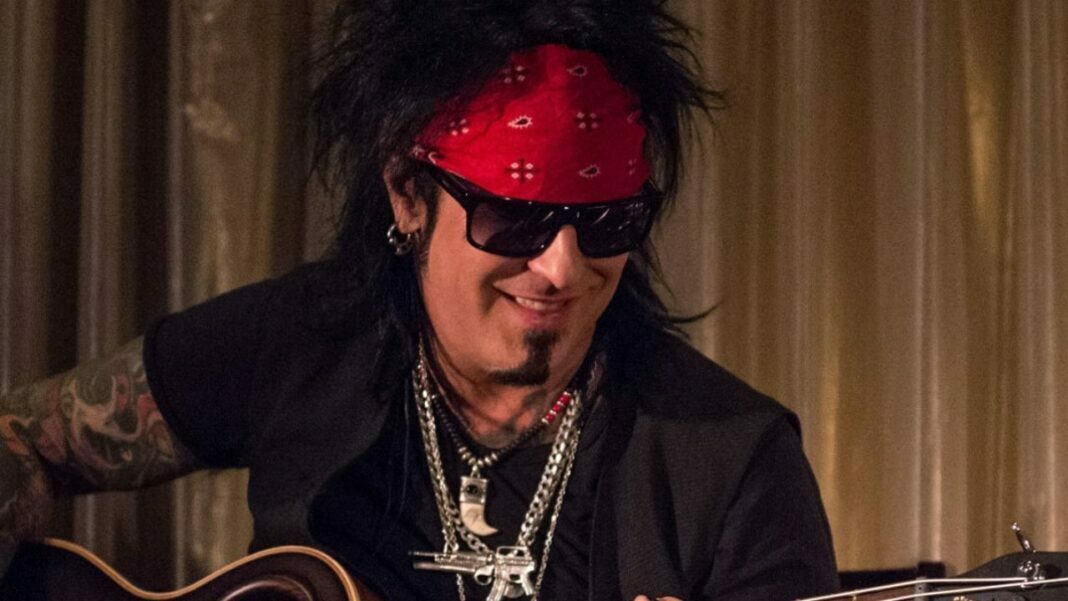 In a new interview with Trunk Nation L.A. Invasion, Mötley Crüe bassist Nikki Sixx has discussed his band’s future plans and stated that he would love to make new music with them.

Outside of his Crüe career, Nikki Sixx has a huge solo career and side project, Sixx: A.M. He released five studio albums with his side project. Also, the three-time bestselling author Nikki Sixx has released a new book on October 19, 2021, named The First 21: How I Became Nikki Sixx.

However, during his recent interview, Sixx has discussed his band Mötley Crüe‘s future plans. When asked if the band thinks to add additional dates for their postponed Stadium Tour, Sixx spoke uncertainly.

“I know we’re gonna tour next year, and that’s gonna take us from June 19th to sometime in September,” Sixx answered. “And then winter sets in, and we’re in America, so there’s nowhere else to play — unless we can go to other countries where it’s summertime or spring or fall there.

Nikki Would Love To Make New Music With Mötley Crüe

“And that’s something I’m inspired by now, whether – it might be a new band or stuff I’m listening to and the simplicity of ‘Black Dog’, and you listen to that, and you’re, like, ‘Man…’

“It bothers me that so much stuff sounds the same, yet it’s also really good — really good hooks, really aggressive, really exciting.”

Later then, Nikki Sixx praised the rock band Greta Van Fleet and said he loves to hear their music.

“And so when I hear some younger bands — like, people will throw on Greta Van Fleet, for example,” Sixx continues.

“What everybody liked about that is it was just simple and raw and passionate, that first EP.”