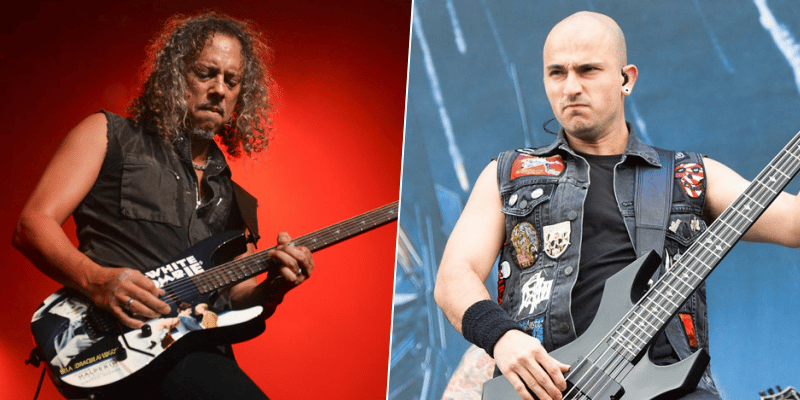 The American heavy metal band Trivium bassist Paolo Gregoletto has just appeared on “There Goes My Hero” and remembered one of the rarest moments he lived with the Metallica lead guitarist Kirk Hammett.

While he mentions those days, the successful bassist stated that Kirk Hammett liked their second studio album “Ascendancy” and shared Kirk Hammett‘s honest opinion about the album.

“It was at the hotel they were staying at,” he said. “It was in Amsterdam. It was at a really fancy place, and they had a fancy sushi restaurant. Kirk really loved ‘Ascendancy,’ and he just wanted to come out and hang out with us.”

Also, Paolo said that the dinner was taking too long, and a very high-quality conversation happened during it.

“We went to dinner at that place in the hotel and pretty much just ordered everything on the menu, like, every single thing. I don’t know how long we were there, but it was quite a while. It was crazy. And then at the end, he kind of jokingly handed me the bill, like, ‘Here you go.’”