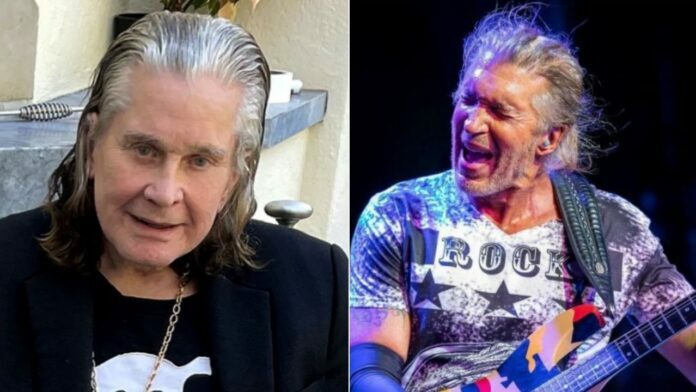 In a new interview with Waste Some Time With Jason Green, classic Dokken guitarist George Lynch has blasted Ozzy Osbourne and Ronnie James Dio for hiring a young guitar player and said that they’re disingenuous.

Ozzy Osbourne, who’s been struggling with serious health issues for a long time, has been singing and rocking out the heavy metal community for more than 50 years. He started to fly the metal flag for over the years when he first joined Black Sabbath, which is a band that Osbourne had come to prominence. Besides his Sabbath career, Osbourne has a huge solo career.

However, in his recent appearance online, the Dokken guitarist has discussed an issue he has with some musicians, including Ozzy Osbourne and Ronnie James Dio. He also mentioned Judas Priest and Whitesnake and said that he doesn’t understand why those older musicians hiring young musicians.

“I think about any of these legacy bands like Whitesnake, Judas Priest,” he said. “All along the past years, I’ve had little incidents of opportunities or discussions of being in other bands.

“But what I never got was why these guys would want to go with a newer cat. ‘Yeah, you’re shredder and all this, you can do all that and play over the top and play 19 fingers and billions of notes…’

“But if you’re a classic, legacy, blues-based, hard rock band, that’s what you want, you want that guy. And whether it’s me or somebody else, I don’t understand why these older cats go for the young guys.”

The Guitarist Says Ozzy Osbourne Is Disingenuous To Him

The guitarist later discussed Ozzy Osbourne and Ronnie James Dio and said that they made the same thing that Whitesnake and Judas Priest did. He said that hiring young guitarists as an older musicians is disingenuous to him.

“It’s just very disingenuine to me. Like Ozzy, or Ronnie James Dio hiring an 18-year old guitar player, and he’s like 70 – that doesn’t make any sense,” he revealed.

“That’s the thing. If you’re Bon Jovi – I’m speculating, nothing about Bon Jovi’s business, but I’m sure Richie Sambora was getting a giant percentage as a founding member versus whoever they could hire.

“I mean, paying 10k a week, that’s nothing compared to what a founding member is getting off a band that’s making those guarantees.”