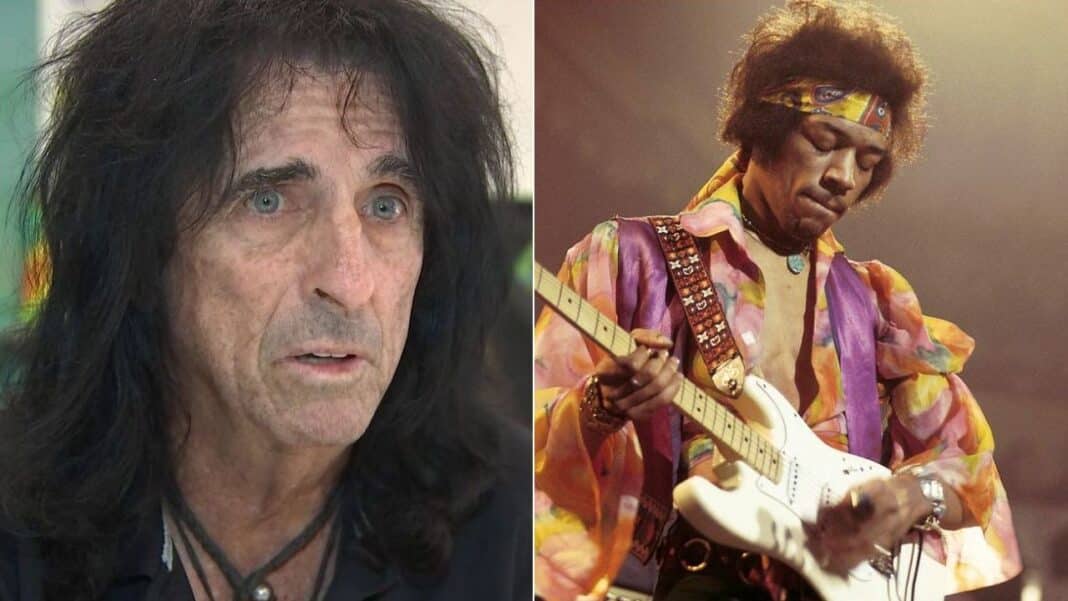 The American singer/frontman Alice Cooper has recalled his first-ever drug experience while speaking to “The SDR Show” and stated that it was with the guitar legend Jimi Hendrix.

During the 57-min conversation, Alice Cooper was asked if he remembers his first drug experience. Stating that it was with Jimi Hendrix, he revealed some weirdness that he was told at the time.

When the interviewer asked if he remember, Alice Cooper said:

“Weed was the first drug, and it was [with] Jimi Hendrix.

“I’m sitting there after the show. I went to see them. And we were just a little high school band. But they said, ‘Hey, come on up to the hotel room.’ And we were sitting on his bed, and Jimi goes, ‘Here, man,’ [and he passed me the joint]. And I went, ‘Okay.’

“And then he goes and puts a quarter in the bed — you know, the vibrating bed. There was, like, eight people sitting on the bed. And he goes, ‘We’re on a spaceship.’ And I went, ‘Okay.'”

Following that conversation, the interviewer mentioned if he remembers the words drug experience.

When the interviewer mentioned the worst drug experience he ever had, Alice said that it was in Detroit. He said that he went outside while wearing the only shirt when the outside about 20 degrees.

“It was Detroit, and I think it was crystal THC,” Alice said. “It was, like, four in the morning. I regained consciousness. And I thought it a Jim Jones thing.

“And I got up. I remember it was about 20 degrees below outside. And I walked outside just in my shirt on, just to wake up. And when I came back in, everybody was just kind of coming up.

“It was weird; it was like a Fellini thing. It was so strange that I really did believe that everybody was dead, and I was the only one that survived it.”