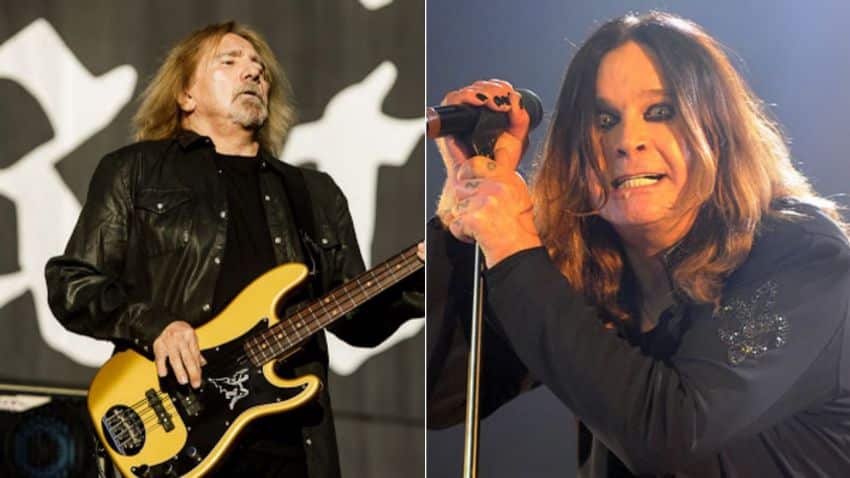 Geezer Butler, the bassist of the world-class heavy metal band Black Sabbath, has recalled one of the gloomy times of his bandmate Ozzy Osbourne and stated that he was killing himself.

However, during a recent appearance on The Eddie Trunk, Geezer Butler remembered those times and made some devastating comments about Ozzy Osbourne.

OZZY CAME OUT BIGGER THAN BLACK SABBATH EVER WAS

“Ozzy had already left the band before the ‘Never Say Die!’ album, and he was always going on about doing his own thing back then,” Geezer said.

“In fact, in one of the Sabbath photos, he’s got a ‘Blizzard of Ozz’ t-shirt on, so he just fell out of love with what we were doing in Sabbath.

“I wasn’t really paying much attention to what he was doing, to be honest, and then, he came out probably bigger than Sabbath ever was.”

GEEZER SAID OZZY WAS KILLING HIMSELF

Later, Geezer Butler continued by admitting the dark and gloomy times of Ozzy Osbourne. He commented on Ozzy‘s solo career decision and said they’re glad that Ozzy Osbourne came to himself.

Also, according to Geezer, Ozzy Osbourne would be in a worse situation than he is now if there was not Sharon Osbourne, the wife of Ozzy Osbourne: “If it wasn’t for Sharon, I think he’d topped himself eventually, he’d OD or something, and she pulled him out of it, got him straight again.”