Formed in 1973 by Angus Young and Malcolm Young, AC/DC is an Australian band that is widely regarded as one of the biggest rock bands in the rock and roll community. During its ongoing career, AC/DC released 17 studio albums, 11 video albums, 3 live albums, 2 soundtrack albums, 2 box sets, 48 singles, and many more things.

Selling more than 200 million albums worldwide, AC/DC is one of the best-selling music bands in the rock community. Debuted with High Voltage in only Australia in 1975, the band released its seventeenth and latest studio effort on November 13, 2020, titled Power Up, which sold nearly 1.5 million copies worldwide.

In 48 years of their career, there are some well-known signatures of the band such as TNT, Thunderstruck, Hells Bells, You Shook Me All Night Long, Highway To Hell, Rock And Roll Singer, Shoot To Thrill, and more.

AC/DC was inducted into the Rock and Roll Hall of Fame in 2003. Honoring by two UK Music Video Awards, the band had received Grammy Awards for War Machine on Best Hard Rock Performance.

As of 2021, the net worth of AC/DC is $400 million. On the other hand, who is the richest AC/DC member? Read below Angus Young, Malcolm Young, Brian Johnson, Cliff Williams, and Phil Rudd‘s net worth in 2022.

Malcolm Young was the rhythm guitarist and backing vocalist of the rock band AC/DC. He co-founded the band in 1973 alongside his brother Angus Young.

Born on January 6, 1953, and died on November 18, 2017, Malcolm Young, who left the band three years before he passed away in 2014, reached international success as a member of his band AC/DC. During his tenure from the first day of the band until 2014, Malcolm Young had performed in the band’s entire albums except for the sixteenth and seventeenth.

Some of the band’s hit songs were written by Malcolm Young, such as Highway To Hell, Get It Hot, Hells Bells, Back In Black, Shoot To Thrill, Little Lover, Thunderstruck, The Razors Edge, Mistress For Christmas, and more.

Malcolm Young was inducted into the Rock and Roll Hall of Fame with AC/DC in 2003.

Brian Johnson is known for his music tenure with the rock band AC/DC. The musician had joined the band in 1980, after the death of Bon Scott.

Debuted in July 1980 with Back In Black, Brian Johnson performed in the thirteen albums of the band in total, including the band’s soundtrack album Who Made Who and the second live album, Live.

Playing numerous shows with AC/DC, Brian Johnson had stepped down from the band’s Rock or Bust World Tour due to hearing issues. As you remember, the band was joined by Axl Rose for the remaining members.

He was a member of the rock band Geordie before he joined AC/DC. Debuted in 1973 with the band’s Hope You Like It, Johnson had released four studio albums during his tenure with them.

Johnson was inducted into the Rock and Roll Hall of Fame as a member of the band in 2003.

Phil Rudd is an Australian drummer who came to prominence as a member of AC/DC.

Joined the band in 1975, Phill Rudd had announced his departure from the band in 1983. He rejoined them in 1994 until 2015. Thirdly, he once again reunited with the band and still rocking the stage since 2018.

During his tenure with the band, Phil Rudd was included in the entire albums except for Blow Up Your Video, The Razors Edge, the Australian version of High Voltage, and Fly On The Wall. 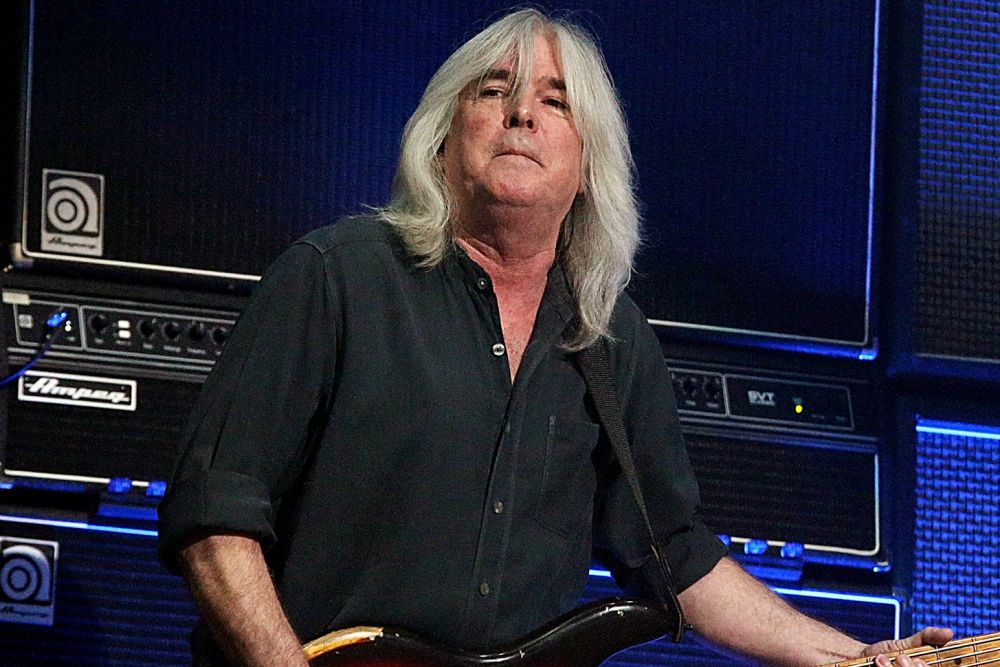 Cliff Williams is known for being the backing vocalist and bassist of the Australian rock band AC/DC.

Williams had appeared several artists outside of his AC/DC tenure, including Adam Bomb, Emir Bukovica, Steve Luongo, and many more.

The Australian musician and songwriter Angus Young rose to world prominence as the lead guitarist and co-founder of the AC/DC. He is the only constant original member of the band.

Formed the band at his 18, Angus Young performed in the entire AC/DC albums during his ongoing career. The musician is hugely known for his schoolboy-uniform stage outfits and energetic performances on stage.

Outside of his nearly five-decade career with AC/DC, Angus Young had appeared in a rock band called Marcus Hook and Roll Band. In the band, he was with his late brother Malcolm Young.

He was inducted into the Rock and Roll Hall of Fame in 2003 as a member of his band.