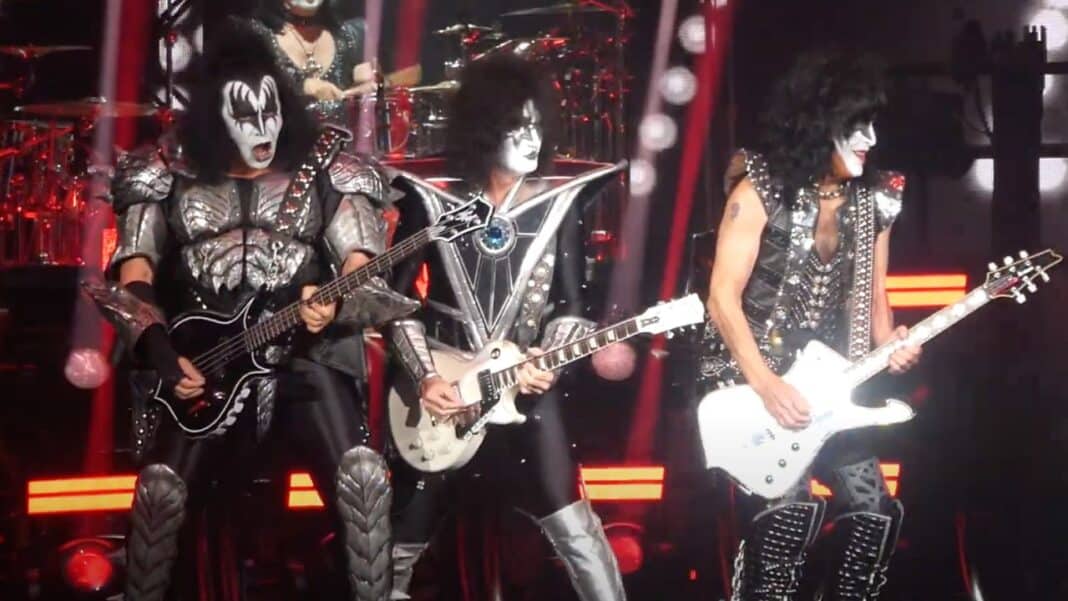 The American rock band KISS has continued to its farewell trek End Of The Road Tour with a recent concert they played at Hard Rock Live at Etess Arena in Atlantic City, New Jersey.

As you know, KISS has kicked off its farewell End Of The Road trek on August 18, 2021, after a world-threat lockdown. It was the first-ever show the band has been played after more than a year.

However, on the night, the band has rocked the crowd with their legendary lineup. The current lineup consist of Paul Stanley on guitar and vocals, Gene Simmons on bass and vocals, Tommy Thayer on guitar, and Eric Singer on drums.

The band has opened the stage with their legendary song Detroit Rock City. In addition to that, they’ve played some epic songs like War Machine, God Of Thunder, Deuce, Cold Gin, Love Gun, Black Diamond, Psycho Circus, and many more.

The full setlist as follows:

When KISS has officially returned the scenes with their End Of The Road farewell trek, fans have been started to talk about once again Ace Frehley‘s rejoin KISS on them.

Although there’s nothing that Ace Frehley will join the band on the farewell trek, Paul Stanley previously said that they’re always invited because it’s the celebration of KISS.

“It’s a celebration of the band and whatever happens, will happen. I have no feelings of wanting to omit them, or not have them be a part of it. But I’m not losing sleep over it. And if it’s meant to be, it will happen.”