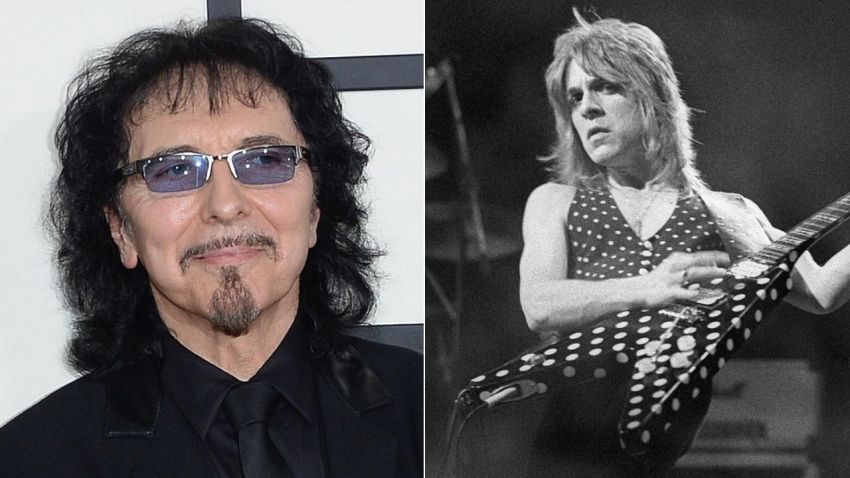 Tony Iommi, the guitarist of the heavy metal band Black Sabbath, has shared his thoughts about the legendary guitarist Randy Rhoads while speaking to The Eddie Trunk Podcast. Commenting on Randy Rhoads, Tony Iommi revealed special words and made fans emotional.

When the interviewer asked what he thought when he heard Randy Rhoads for the first time, Tony underlined that “he was a good player.”

“Good, yeah, he’s a good player,” Tony said. “I didn’t really sit down and study Ozzy’s albums because I took concern with what we were doing, but when I would hear it on the radio, yeah, he’s a great player, really great player.

“But then again, before that, I’d heard Eddie Van Halen, so, great player. Randy was a young lad, and brilliant.”

HE ADMITTED SOME BLACK SABBATH TAPES “HAVE GOT LOST”

Elsewhere in the conversation, Tony Iommi was asked if he has an update to give fans about what’s next in terms of Sabbath reissues. When the interviewer mentioned the Tony Martin-era and the band’s ‘Born Again’ effort with Ian Gillan from Deep Purple, he asked what would they like to do next when they continue to revisit the material.

“I think we have about three tapes of ‘Born Again,’ and the others have gone missing, and we don’t know where they are.

“So it’s really frustrating because you need to tell the fans, ‘Look, we can’t remix it, we haven’t got the tapes and redo it.’ So we can only do what we can do, and remaster it and stuff.

“But it would’ve been nice to be able to get those again and look at them. Who knows, one day they might turn up wherever they may be, it was lost in that Don Arden period.

“So that could be anywhere, maybe somebody will release them on the internet at some point, I don’t know.”