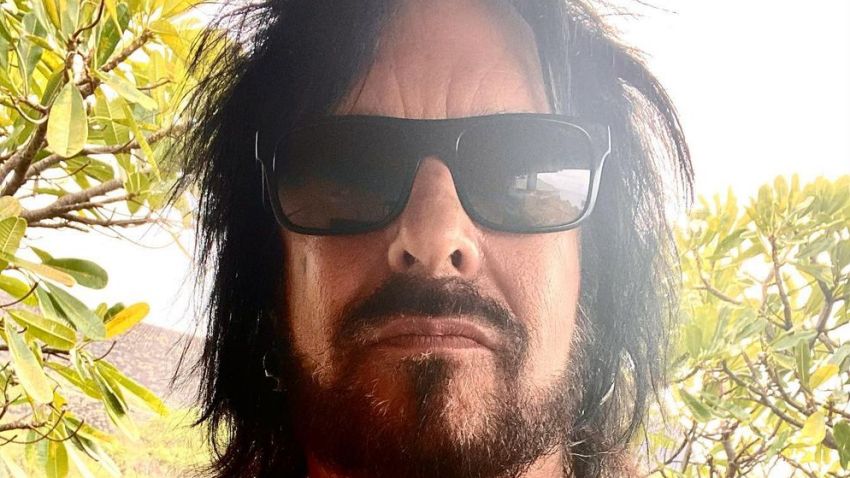 Motley Crue bassist Nikki Sixx has recently updated his Instagram account to show that he has been preparing his band’s postponed Stadium Tour with a special guest, his one-year-old daughter Ruby.

As some of you might remember, Motley Crue manager Kovac has announced following the band’s Stadium Tour announcement that some band members were working with personal trainers and nutritionists for the band’s upcoming shows.

One of the latest posts shared by Nikki Sixx was supporting the band’s manager’s those words. On his Instagram, Sixx has appeared in his gym while working out to stay fit and to stay healthy for Stadium Tour.

A SPECIAL GUEST JOINED HIM ON HIS WORKOUT

In the social media post, there was a familiar face. Nikki Sixx‘s one-year-old Ruby was alongside his father. She was playing with his father’s yoga ball while Sixx was recording her.

Speaking about his daughter, Sixx stated that she did not listen to him during the workout. She was joking with the workout materials, although she doesn’t know what they are.

“Someone isn’t listening to their trainer,” Sixx said. “Working out is no joking matter.”

You can find the photo shared by Nikki Sixx below.

The Stadium Tour including Motley Crue, Def Leppard, Poison, and Joan Jett & the Blackhearts was expected to be playing last summer. But due to the coronavirus pandemic, it was rescheduled to summer 2021.

If there will no problem, the tour will be kicking off at Nissan Stadium on June 19, 2021, in Nashville and concluded on September 12, in San Diego at Petco Park.