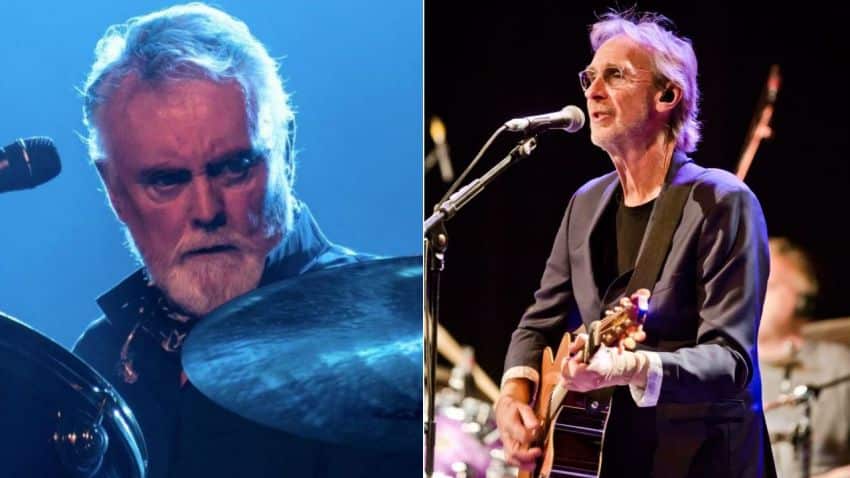 Queen drummer Roger Taylor has opened up about his action with Genesis in the first days of his career with Queen and revealed if Genesis tried to poach him from the band while interviewing with Classic Rock.

ROGER TAYLOR SAID IT WAS A BIT TOO PROG FOR HIM

When the interviewer asked if it’s true that Genesis tried to poach him from Queen at his first days with the band, Roger Taylor shared what he thought about their music at the time. He admitted that it was a bit too prog for him.

“Well, they invited me to the studio to listen to them, then we went to the pub,” Taylor said. “They didn’t say: ‘Do you want to join the group?’ But I get the impression that’s what they wanted, because their drummer had left.

“They’re all lovely people, but I didn’t really get the music, to be honest. It was a bit too prog for me.

“I had a wonderful offer from Mick Ronson and Ian Hunter, actually. It was going to be called Hunter Ronson Taylor. I think that would have been good.”

BRIAN MAY WAS ALSO ASKED TO JOIN GENESIS

Later, Brian May has taken the mic and recalled the time that Queen has released ‘Killer Queen,’ in 1974. According to Brian May, he was asked if he wants to join Genesis.

When the interviewer asked, “Early on, Genesis were sniffing around Roger to be their drummer. Did anyone try to tap you up?”, May said:

“Yes, Sparks approached me. It was after they had their major hit, ‘This Town Ain’t Big Enough For The Both Of Us,’ and we’d just had ‘Killer Queen’ out.

“The two brothers [Ron and Russell Mael] came round my flat. They said: ‘Look, Brian, Queen isn’t going anywhere, you’re not going to have any more hits, but we’re going to conquer the world.’ And I went: ‘Thanks but no thanks. I think I’m fine.'”