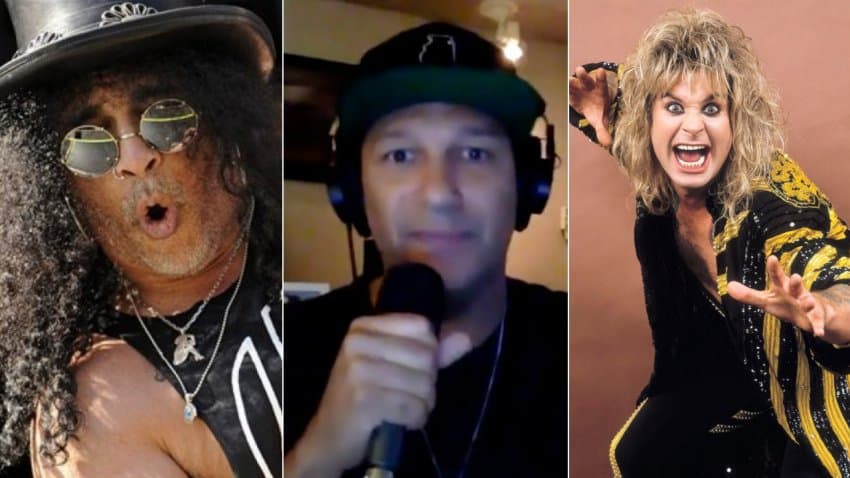 In a new appearance on Howard Stern, Tom Morello, the guitarist of the Rage Against The Machine, looked back on the day that he performed on stage with Slash and Ozzy Osbourne. According to him, he and Guns N’ Roses guitarist Slash almost getting killed by an Ozzy Osbourne-related pyrotechnics explosion.

Speaking about that moment, Tom Morello said that he and Slash played their first performance and sit down to wait for the next song, “Paranoid.” Later, he said that he saw a person who gesticulated wildly to him and Slash while they were sitting somewhere.

“There’s this guy, this crew guy, at the side of the stage gesticulating wildly,” Tom Morello said. “Like, he’s apoplectic. I can’t hear him because it’s super loud… but he’s trying to convey what is clearly a very important message to us.”

Moreover, he expressed that a crew guy came to him and Slash to tell important things that they were sitting on the pyrotechnics.

Besides his great works as a guitarist of the rock band Rage Against The Machine, Tom Morello is known for his activity in politics. Recently, he sent a new tweet to react to the decision of the current president of the USA, Joe Biden, and blasted him because of his decision, saying, “Hey Joe! People in USA going hungry still waiting on stimulus checks but somehow we found the money to bomb Syria.”