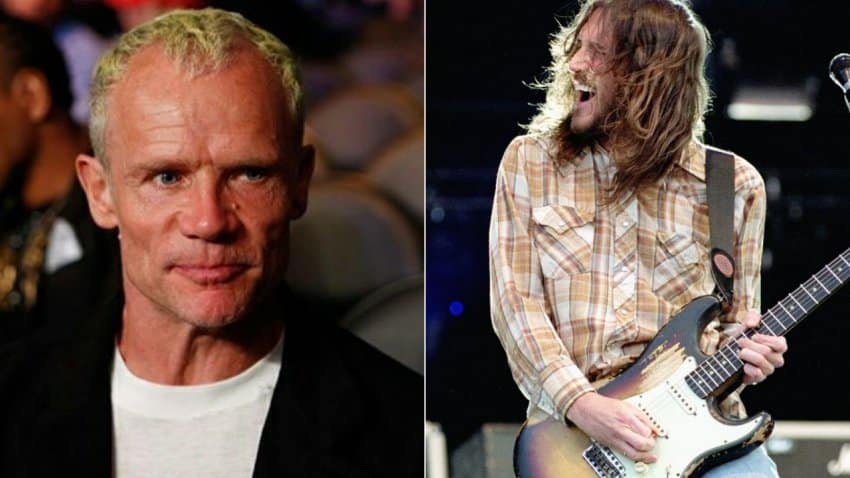 In these days that musicians contact fans by using their official social media accounts, the American rock band Red Hot Chili Peppers bassist Flea was one of those who answered a fan’s question on Twitter.

Flea, who’s known for his crazy personality in the rock community, uses social media actively during coronavirus lockdown and informs fans about his daily routines.

Recently, the band’s bassist Flea was asked a question on his official Twitter. When a person named Larry Fine asked him that if there is a guitar player he can recognize without hearing his lyrics.

According to Flea, John Frusciante is the musician that he can recognize without hearing lyrics.

Flea quoted the tweet and sent his respects for his bandmate, saying, “Frusciante.”