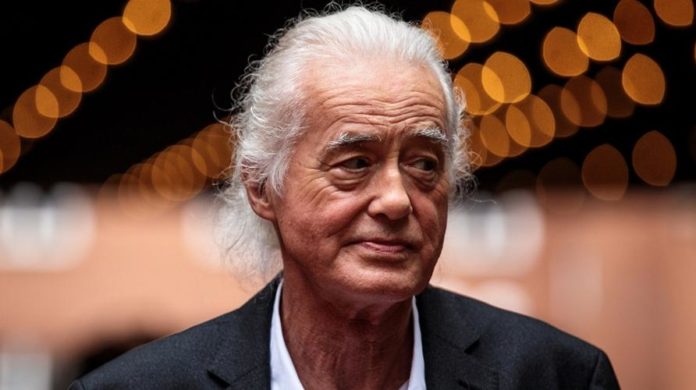 The English rock band Led Zeppelin guitarist Jimmy Page has recently said in a social media post that his band was threatened with sue in 1970.

The talented guitarist Jimmy Page, who has 1.1m followers on Instagram, uses his social media channels to inform fans about his and his band Led Zeppelin’s past. He created an official OnThisDay series to share past memories.

With a recent OnThisDay story, Jimmy Page looked back on 1970 and recalled their performance at K.B. Hallen in Copenhagen, Denmark. Speaking about the show, Jimmy Page revealed a rarely known fact.

According to Jimmy Page, they were played the show under the name of The Nobs. If they used Zeppelin, they were forced to be sued by the Zeppelin airship family, Eva Von Zeppelin.

In his story, Jimmy Page said:

“On this day in 1970 I performed at the K.B. Hallen in Copenhagen, Denmark, with Led Zeppelin. We were prepared to play as The Nobs because an irate relative of the Zeppelin airship family, Eva Von Zeppelin, threatened to sue us if we used their name in her home country.”

Jimmy Page also added to captioned that a piece of words taken from his interview with Melody Maker. In the interview, Jimmy Page was explaining the issue.

“Then we shall call ourselves The Nobs when we go to Copenhagen, the whole thing is absurd,” he said. “The first time we played we invited her backstage to meet us, to see how we were nice young lads. We calmed her down but on leaving the studio, she saw our LP cover of an airship in flames and she exploded! I had to run and hide. She just blew her top.”