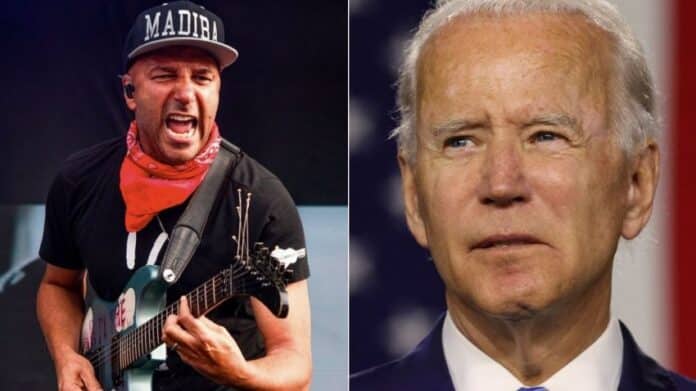 Besides his great works as a guitarist of the rock band Rage Against The Machine, Tom Morello is known for his activity in politics. Recently, he sent a new tweet to react to the decision of the current president of the USA, Joe Biden, and blasted him because of his decision.

You can see Tom Morello’s social media tweet below.

Rage Against The Machine guitarist and the creators of Game of Thrones has recently announced that they are teaming up for a new metal movie made by Netflix. It was rumored that the movie is about two kids who want to start a metal group.