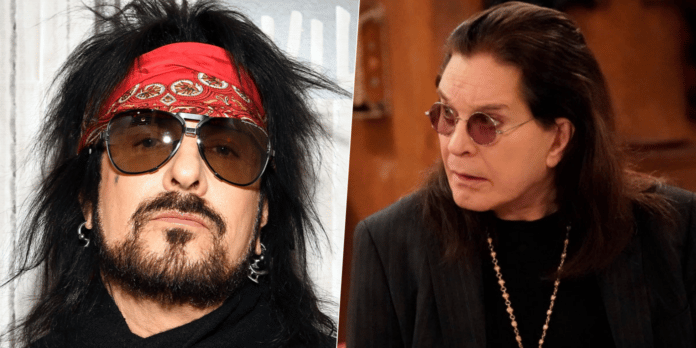 In addition to the legendary bassist’s musical career, Nikki Sixx made a radio podcast named Sixx Sense, which held from 2008 to December 31, 2017.

Recently, the 61-year-old bassist took to his social media to make his classic Ask Sixx session. During the session, he was asked if he continues to his radio podcasts and how Ozzy Osbourne’s state of health. Nikki Sixx replied to them and upset fans with his answers.

When a fan David Dell’Angelo asked, “Are you still thinking of starting a podcast?! I miss Sixx Sense radio program and always loved the conversations,” Nikki Sixx replied:

“I think that train has left the station.”

When another fan asked how Ozzy Osbourne is doing, Nikki replied:

“Someone said he isn’t doing good health wise. That makes me sad. We love him.”

The news shocked a couple of fans who saw the tweet. It was upset fans that there are no more radio podcast plans in the future. Also, many fans devastated when they read the current state of health of Ozzy Osbourne.

I think that train has left the station.