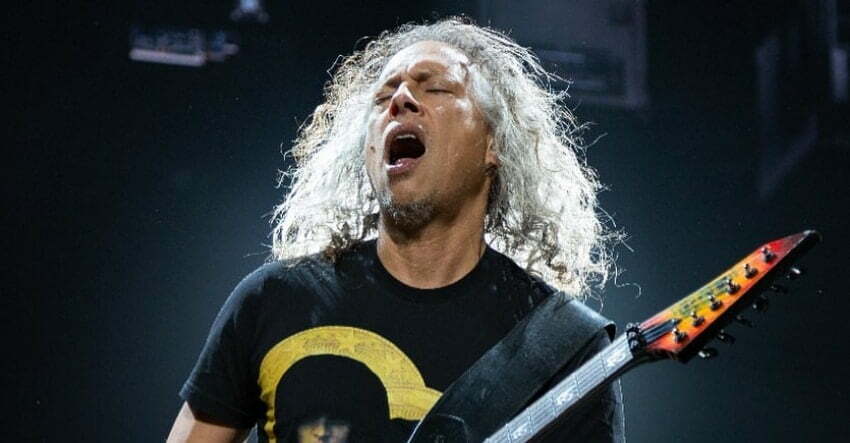 The American heavy metal band Metallica lead guitarist Kirk Hammett, who joined the band in 1983 after the firing of Dave Mustaine, has revealed how he spends his self-isolating times with a post he shared through his official social media account.

In the post he shared, Kirk Hammett showed his guitars, which includes yellow Olympic White Strat and Fender Fiesta Red, and said he could not decide which one to choose to play on the weekend.

In the comments of the photo, many fans expressed how looks great the guitars are. They also asked Kirk Hammett to live stream. Also, many fans shared their thoughts about the guitars.

While a fan David Cedeno says, “The Fiesta Red is a classic, but that Olympic “White” looks gorgeous! It crawls: I wanna rock with you all night long,” a fan named Hannah Daunhauer wrote, “Oh to be a fly on the wall in that room.”

Metallica has recently announced the rescheduled dates for South America stadium shows, which scheduled for 2020 April but postponed due to coronavirus pandemic.