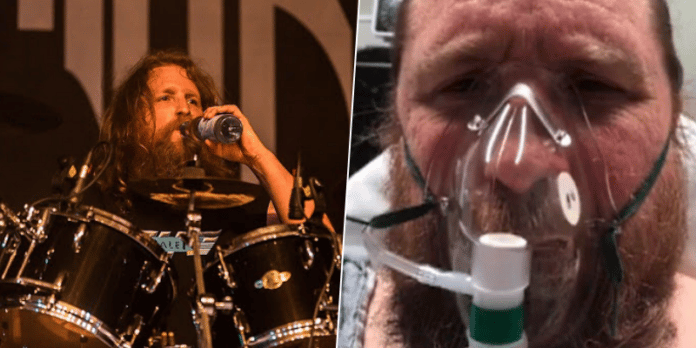 During a conversation with KRON-TV, Will Carroll, drummer of the American thrash metal band Death Angel, has talked about his coronavirus battle and revealed the unheard facts about it.

While he talks on the issue, Will said he knew he had been infected with the COVID-19, best known as the coronavirus.

“Halfway through the tour, people started getting sick and it started spreading from one person to the other. Once I did get sick, the third or fourth to last day, it hit me pretty hard and I knew I probably had COVID. I just knew it.”

Will has also mentioned the process of going to the hospital and what happened at the hospital. He mentioned that he does not remember anything, and the parts he remembers are blurry.

He said while he reached to hospital, the doctors were shocked. They thought that he was gonna die.

“When I came to, the doctors were, like, shocked. They were shocked. They thought I was gonna die. That’s one of the first things out of their mouths – was, ‘We thought you were a goner, for sure.’”

He continued: “I definitely have a new perspective on life, and I’m not gonna squander this second chance. I’ve definitely learned from this. It was definitely an eye-opening experience.”

Will Carroll rocking the stage with the Death Angel since 2009 as a drummer.