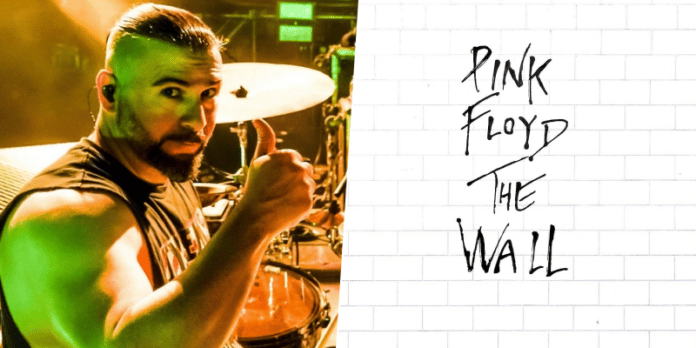 In a new appearance on Metal Hammer, the Armenian-American musician John Dolmayan, best known as the drummer of the Grammy Award-winner heavy metal band System of a Down, has talked about the English rock band Pink Floyd and praised them mentioning their album.

John has also said he loves Pink Floyd in general, but admitted that if he need to choose an album to describe them, he said it would be “The Wall.”

“I love Pink Floyd in general, not so much the early stuff, that’s not really my taste, but once they got in to albums like Animals I was in. But, if Pink Floyd only had to exist for one album, it would be The Wall, it’s such a groundbreaking album, moving, touching in every way possible.”

He said the band’s legendary bassist Roger Waters is a genius.

“I watched the film fifty times! I could talk for a day on this album, the depth of sorrow and experiences that made that album! I just think Roger Walters is a genius and this is a perfect record.”

Pink Floyd has released its eleventh studio album The Wall on 30 November 1979 on Harvest and Columbia Records.