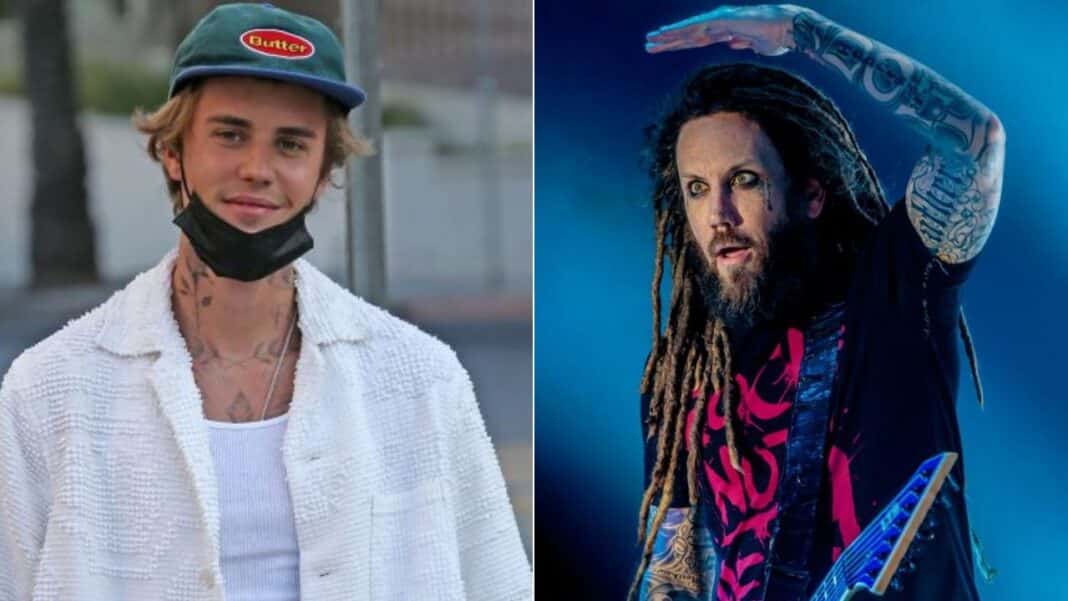 Brian ‘Head’ Welch, known as the guitarist of the world-class rock band Korn, praised the Canadian musician Justin Bieber while touching their idea that includes a Justin Bieber song to the new album and explained behind the truth of the decision.

As some of you might remember, Love and Death, the project led by Korn guitarist Brian ‘Head’ Welch, included an epic song called ‘Let Me Love You’ to the band’s upcoming album ‘Perfectly Reserved.’ The song was originally sung by Justin Bieber and DJ Snake.

However, in a recent interview with Metal Hammer, Korn guitarist opened up about the idea of the cover and informed fans about the truth of the cover. Brian said it was an awesome cover, adding, “We actually were thinking about a few different covers and JR [Bareis, guitar/vocals] said, ‘Hey, don’t make fun of me, but I recorded this song, and I wanted to see if you wanted to do it for the new record?’ He sent it to me and I was like, ‘Yes! This has to go on the record!’. I knew some fans were going to be like, ‘Justin Bieber? What the heck!'”

Later, Brian mentioned the truth and said that it’s a DJ Snake song with Justin Bieber and added, “If that makes anyone feel any better! I just remember when he came out and he was pretty cheesy, but the kid could sing, ‘Baby, Baby, Baby, Ooooohh,’ all that crap, then he went through the drugs and the racial… whatever, and then he came across to this place of maturity.”

He concluded, “And we kind of fell in love with the melody, I saw the vision immediately: we get a female guest and I was gonna do some screams. It came out better than I could ever imagine!”