About two weeks ago, American rock band Kiss had to cancel several dates of their farewell tour after Paul Stanley‘s unexpected flu diagnosis.

The pianist, musical director and composer, Alex Alessandroni Jr. has shared the first photo of Kiss legend Paul Stanley after the illness and stated, “Overdubbing parts with Paul Stanley.”

After Paul Stanley’s illness, the band continued their concerts and has recently played the first-ever show for Great White Sharks. 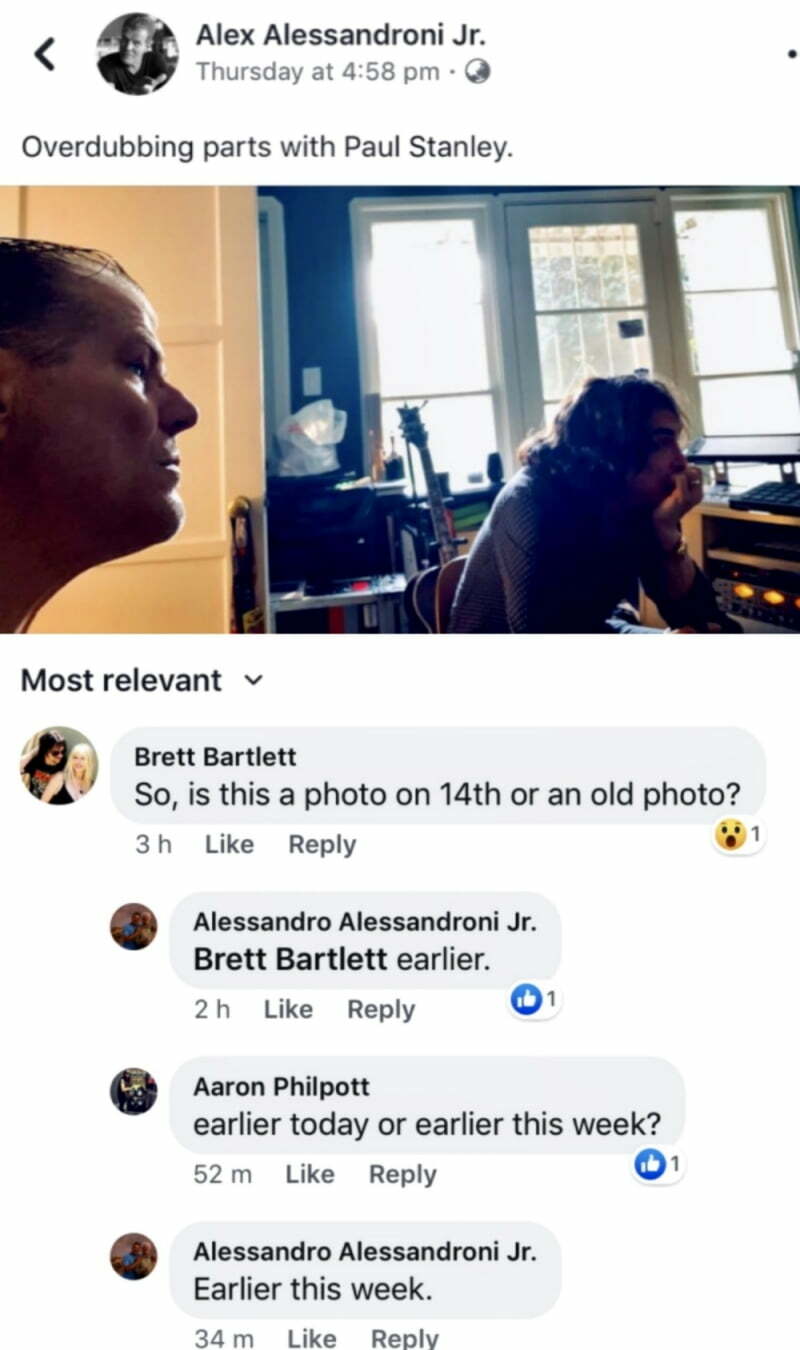