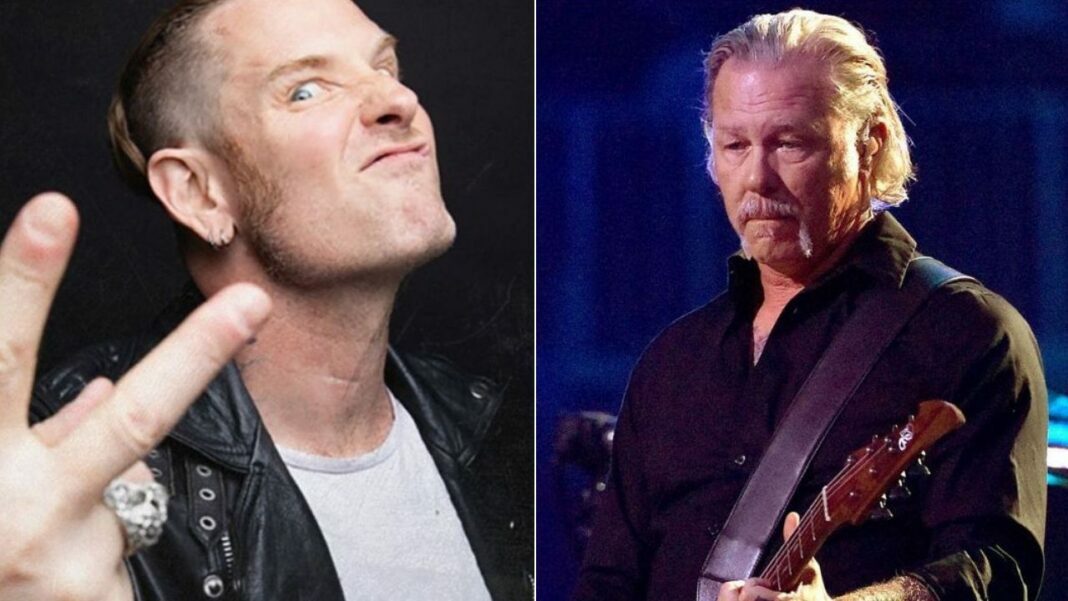 Back in 2019, Metallica frontman James Hetfield had entered rehab due to alcohol addiction and the band was forced to cancel its New Zealand and Australia. At the time, the band’s remaining members have signed a statement to announce their bandmate’s state.

Besides Metallica, Slipknot was the band that was preparing to play with them. But unfortunately, they had forced to cancel their show in Australia and New Zealand as Metallica after the frontman entered rehab.

Recently, Slipknot‘s frontman has opened up about the issue and shared his honest feelings while interviewing with The Eddie Trunk. Firstly, the interviewer said to Corey that “it’s got to amaze even you that here we are talking about headlining stadium dates for Slipknot with what you guys have done, it’s amazing.”

“Every once in a while, we have like an ‘aha’ moment, like a Eureka moment, but it’s never right on the money.

“It’s such a culture now for this band. It’s one of those bands that even though we’ve had mainstream success, we’re still very underground, and yet millions of fans all over the world.

Later, Corey added: “We were plotting the stadium run with Metallica in Australia a couple of years ago, obviously before unfortunately James had to pull out, but this is big for us.

“No matter what happens that day, I mean, it’s just such a testimony to the fact that the spirit is still there, the uncompromising art of it all is still there, and we haven’t changed anything.

“I mean, our backs have gone a little more-achy, it’s harder to get up in the morning, but after all that, I mean, we’re still us, and we’re still doing what we want to do, and people are still digging it.”