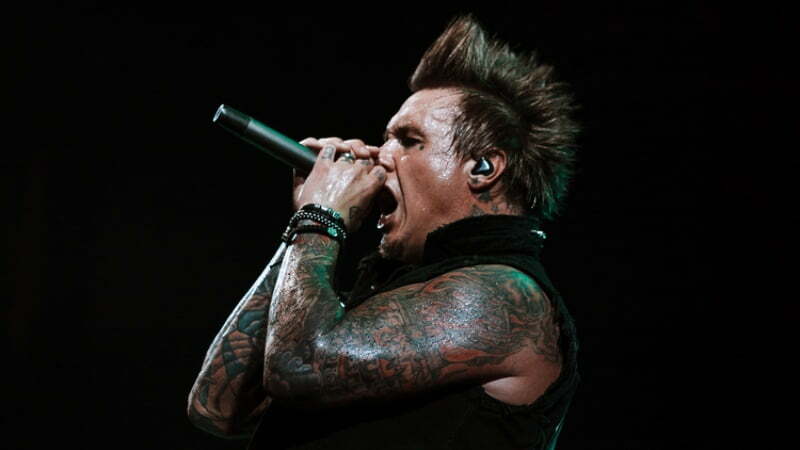 In a new conversation with Rock Antenne, Jacoby Shaddix, the vocalist of the world-famous American nu metal band Papa Roach, has talked about one of the painful moment he ever lived and revealed that the moment made him quit drinking.

“I remember I was 27 when I first tried to get sober,” he said. “And it was just… life was getting real tough and real nasty, I was treating myself terribly – and everybody around me – just not being a quality person.”

Also, Jacoby said he hiding and drinking, and added the situation he included in at that time was miserable.

“And so I finally – it was, like, ‘I’m getting sober,’ and I had a really hard time. I’d go out on the road; I’d be cool for the first month, and then five weeks in, all of a sudden I’m in the back lounge, hiding, drinking and, you know, that’s a really miserable place to be.

“It just goes against my spirit; drinking just turns me into a whole different person, and it’s a very dark, muted, senseless version of myself. I want to be on fire, so I struggled with it for many years.”

Jacoby revealed the unheard moment he lived with his brother and stated that his brother said to him that he respected him before. After his brother’s disrespectful words, Jacoby said that his wife reacted to him harshly.

“I felt off a lot of times, and then finally, like, eight years ago, my brother came to me and it was just one of these nights, I was blacked out at a club or whatnot, acting like an idiot, and he rolled up on me the next day; he’s, like, ‘Bro, I used to respect you. I used to look up to you, and now you’re just this fucking mess. You’re just a joke.’

“And it really hit me. My wife told him, ‘You know, he stopped drinking…’ But it was, like, my little brother handed me, ‘Dude, I used to look up to you, and now you’re just a fucking joke.’”

He continued: “It was almost like I was waiting for somebody to just go, ‘Yo, dude, fucking wake up.’ So here I am, eight years, no alcohol, and it’s, I just honestly can say, like, now touring, it’s not hard for me.

“I’ve been down that road so many times, and the level of self-destruction and pain, and just looking in the mirror the next day, going, ‘Oh, what happened?’ – that kind of stuff, the freedom from that alone is, like ‘I’m good, man, I don’t want to go back, more booze for everybody else.’”

Jacoby Shaddix rocking the stage with Papa Roach since the band’s first days, which formed in 1993 in California.