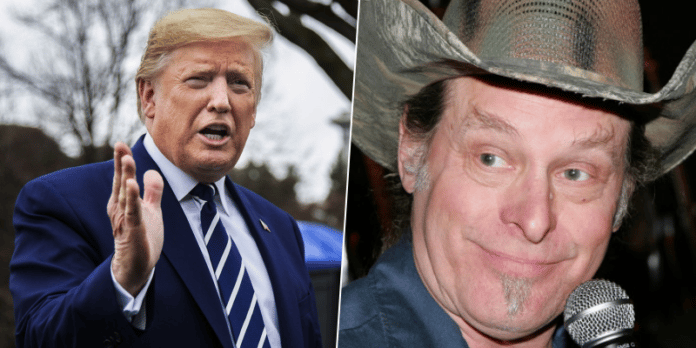 In a new appearance on Pat’s Soundbytes Unplugged, the American guitarist and political activist Ted Nugent has talked about the 45th and current President of United States, Donald Trump, and said that he’s the greatest leader in the history of the human experience.

“I guess the best way I can explain it is I really, really trust this president,” he said. “I think he’s the greatest president in the history of America. I think he’s the greatest leader in the history of the human experience. I really believe in truth, logic, common sense and those really controversial things, like the Constitution and the Bill Of Rights and the Declaration Of Independence – you know, all those really controversial things. I absolutely believe… that he is the best there is right now. And I pay attention to the president.”

While he continues to his words, Ted said he is a critical thinker and that they had great leadership.

“I’m a critical thinker. I think the number one job of a free man, a free human being, is to be suspicious… I really believe that Americans’ number one job is to question authority, to constantly put the screws to our elected employees…”

He continued: “I think we have great leadership. I think the president has clearly surrounded himself with the masters of these conditions – medical, organizational, preparedness.”