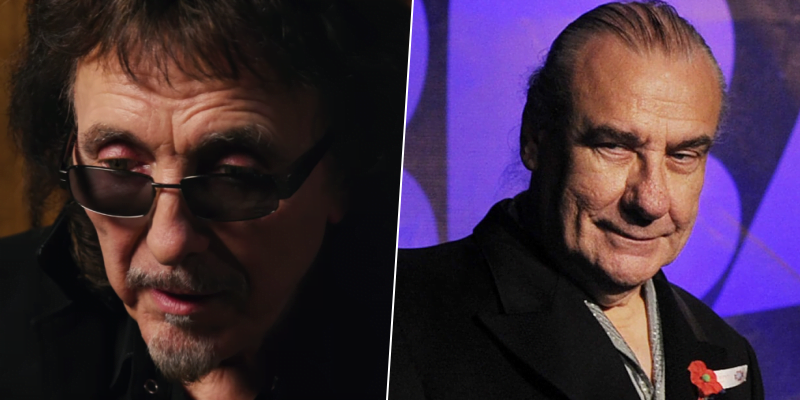 During a conversation with Gibson, Tony Iommi, the lead guitarist of the world-famous heavy metal legends Black Sabbath, who formed in Birmingham in 1968, has recalled the rare-known brutal joke they made for the band’s drummer Bill Ward and he said that they could’ve killed him.

“One night, Bill Ward, he got absolutely pissed as a parrot; I mean, he was so drunk, so he got back to the house and he couldn’t get his clothes,” he said. “So he’s got his clothes off, and for some silly reason, we had an idea to paint him gold.

“We got these spray-can paints and sprayed him in gold everywhere, and then got this lacquer and lacquered him – clear lacquer. And he was laughing at first, but then he got really violently sick, and he was, like, *makes vomit sounds*.”

After the state of health of Bill Ward got worse, Tony said that he called 911 and that he asked an ambulance. He said the medics were very angry with them and told them that they could kill him.

“And of course they came out, and they just ripped us apart. ‘You idiots, you could’ve killed him!’ And they gave him a big injection to perk him up. They said, ‘We got to remove this straight away.’

“So we went into the garage again, and we got this paint stripper, came back, started rubbing this paint stripper on him and of course, he went all red there,” he continued. “He was like beetroot, it was just mad. Really stupid, I mean, you never thought of the consequences, really. He could’ve died there.”

Tony Iommi has rocked the stage as the guitarist of the heavy metal veterans Black Sabbath during their career.