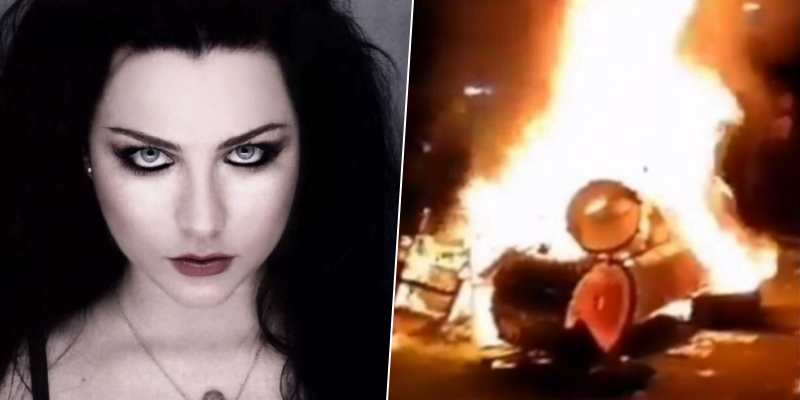 In a new interview with Loudwire Nights, Amy Lee, best known as the co-founder/lead vocalist of the American rock band Evanescence, who released its first full-length album in 2003, has talked about their canceled Knotfest Mexico event. Amy revealed the unheard facts about it for the first time and said that they were play The Chain at the show for the first time.

“When the show – totally pun intended – went up in flames… it’s just something that never happened to any of us before. It was just out of everybody’s control,” she started his words with those sentences.

“I feel horrible for the fans… It looks like it was the fans, but it really wasn’t the fans’ fault. It was just a real mess.”

Amy stated that they were upset about the incident that happened at that time, and added which song they scheduled to play for the first time.

“So everybody was bummed about it, we were upset. Of course, the gear is part of it, but also just being so geared up to play a show and not getting to play the show is a real bummer.

As you remember, on November 30, Slipknot and Evanescence have forced to cancel their shows because of a broken barricade and failed attempts to fix it.