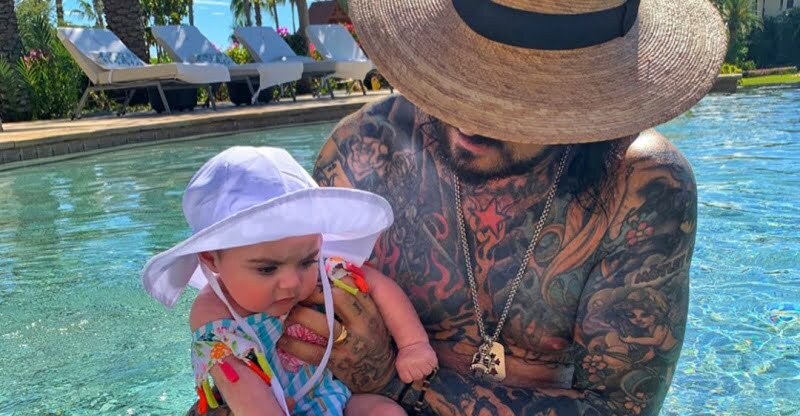 The world-known heavy metal band Motley Crue bassist, Nikki Sixx, has just updated his social media account with a special-play photo with his daughter and revealed their funny moment through it.

In the photo, he was playing with his 6-month daughter Ruby. And also, Ruby was licking his left hand while she sending her greetings to the camera with right hand. Nikki Sixx immortalized that special moment and shared it with his followers.

“6:30am tea party. Just me, Ruby and the chirping birds outside her window,” Nikki wrote in the caption of the photo.

Also, as a comment to the photo, Tommy Lee‘s wife Brittany Furlan has commented on the photo and expressed her surprise.

“God you and Tommy wake up so early,” Brittany wrote. She also put a smiley emoji at the and of her sentence.

6:30am tea party.Just me, Ruby and the chirping birds outside her window.#LifeIsBeautiful