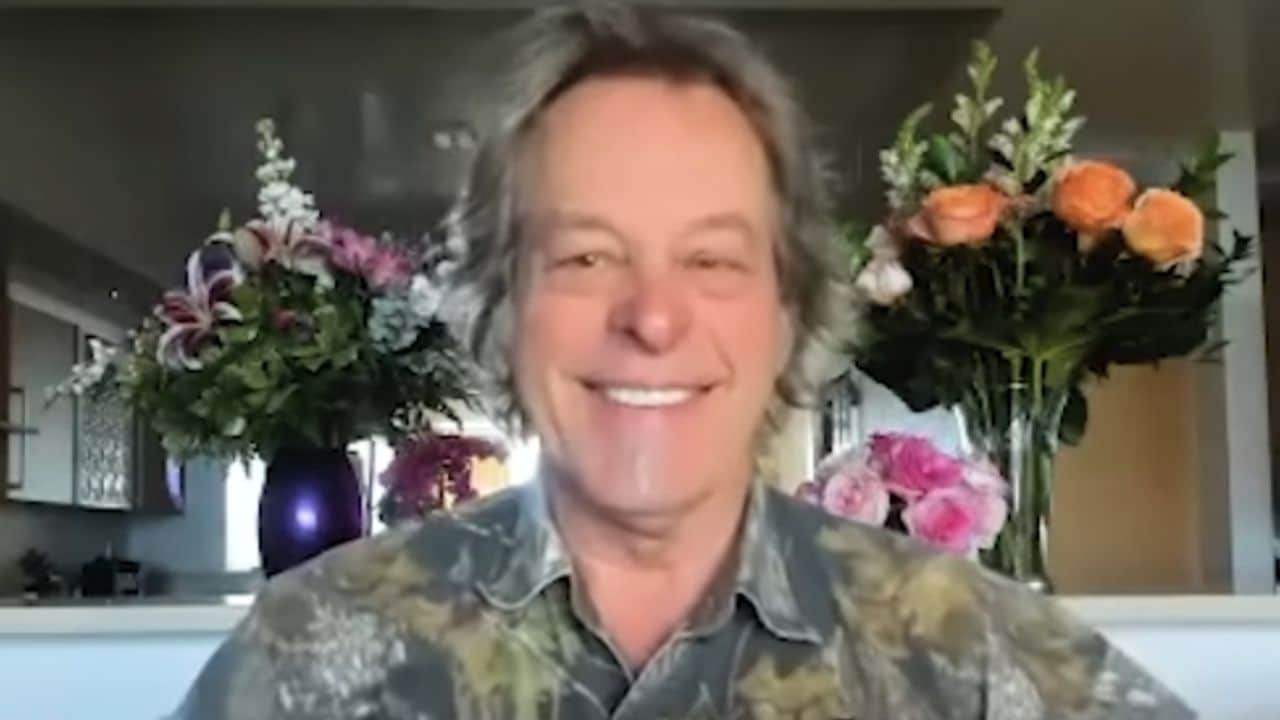 In a recent episode of The Nightly Nuge, Ted Nugent spoke out about the recent news Rock and Roll Hall of Fame curator charged on to sell the stolen hand-written The Eagles lyrics.

Ted Nugent has been actively rockstar since 1964. Gaining huge fame for being the lead guitarist for The Amboy Dukes at the beginning of his career, Nugent has an important career as well. Although he has toured all over the world, released 16 studio albums, except for his contributions to The Amboy Dukes, and played numerous great rock artists, Ted Nugent is still not a member of the Rock and Roll Hall of Fame.

While the Rock and Roll Hall of Fame has already been criticized for inducting pop or rap artists and dismissing numerous rockers, such as Ted Nugent, Iron Maiden, and Motörhead, another claim has been made. The three Rock Hall of Fame members, including the curator Craig Inciardi, have been charged with selling the stolen hand-written The Eagles lyrics.

Recently, while Rock Hall has already been on the agenda of Ted Nugent for not inducting him into it, the rocker once again spoke out to criticize the Rock and Roll Hall of Fame, sharing his thoughts on the current news that Rock Hall curator charged on to sell The Eagles lyrics. Nugent said there is still dishonesty on the Rock Hall side.

“Well, isn’t that fascinating, that there’s dishonesty and criminal behavior going on within the confines of the Rock And Roll Hall Of Fame?” Nugent asked (as transcribed by MetalCastle.net).

“But that Grandmaster Flash and Madonna and ABBA are in the Rock And Roll Hall Of Fame? I speak on behalf of the fan club of the founding fathers that the Rock And Roll Hall Of Fame should always pay homage to and respect. Chuck Berry and Bo Diddley and Little Richard and Elvis Presley and Jerry Lee Lewis and the founding fathers of this most exciting, throttling, defiant, irreverent, uppity, fun soundtrack in the world. And that they would put people in there that are not just not rock and roll, but they’re anti rock and roll. So that this guy is being caught with his hands in the cookie jar is no surprise.”

In the continuation, Nugent explains why he has anger with the Rock and Roll Hall of Fame, saying that they are not paying respect to huge names, Chuck Berry, Elvis Presley, or Bo Diddley.

“Let me go ahead and say this: Nobody can sue me because if they try to sue me, we’ll prove that my words are accurate,” he continued. “There’s a lot of dope smoking going on at the Rock And Roll Hall Of Fame, and the more dope you smoke, the dumber you get, [and] the more irresponsible you get and the more criminally inclined you will get.

“And the statistics to prove what I just said are irrefutable, unless you’re so stoned that you can irrefute truth, logic and common sense, which I get a big kick out of.

“So this is a spotlight on a cockroach that, unfortunately, represents too much of those in charge of making decisions at the Rock And Roll Hall Of Fame.

Ted Nugent’s Criticise At Rock and Roll Hall of Fame

Back this past December, Nugent talked with KNAC about why fans have yet to see him in the Rock and Roll Hall of Fame. He blasted the foundation, saying they are rotten.

“Why am I not in the Rock And Roll Hall Of Fame?,” Nugent said. “That has a lot to do with the fact that you can’t always explain why people are rotten. Why do some people violate other people and commit vicious crimes and lie?

“I would like to think about what is going on with the Rock And Roll Hall Of Fame… I don’t take it personal. I think I’m in the ultimate Hall Of Fame.

“I went on stage a couple days in Abilene with a great man Tim Montana. The Tim Montana band opened up for ZZ TOP to a packed house in Abilene. Tim Montana says, ‘We learned ‘Cat Scratch Fever’. Come up and play it with us.’ I asked Billy Gibbons if that was okay to do, and he said, ‘Oh yeah. I’d love to hear that.’

“They introduced me and the audience went berserk. So don’t tell me what my Rock And Roll Hall Of Fame is. I’m in the ultimate Hall Of Fame with real and true lovers of my music! There’s nothing more important than that.

“I’m not offended that I’m not there. But not because of me, but for the fans. Why isn’t a band like Triumph in there, but Grandmaster Flash is?! That’s just dishonest.

“Why are Patti Smith, ABBA and Madonna in the Rock And Roll Hall Of Fame, but not STYX?! Are you kidding me?!

“You can only explain that is that the people who made those decisions are just plain rotten people. The Rock And Roll Hall Of Fame should genuflect to Chuck Berry, Bo Diddley, Howlin’ Wolf, Muddy Wat1ers, the Motown Funk Brothers. Are you kidding me?! How dare you put Grandmaster Flash, ABBA and Madonna in that?!

“I’m not angry that I’m not in there because I’m having so much fun that it’s stupid. I have a new album called ‘Detroit Muscle’ which is another authoritative, rhythm and blues rock and roll from the Motor City. I’m surrounded by guitars and amps and I play with a bunch of killer musicians. 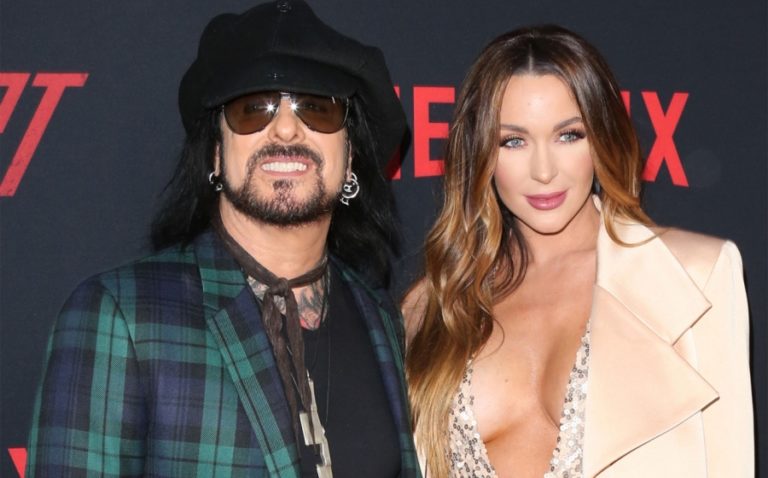 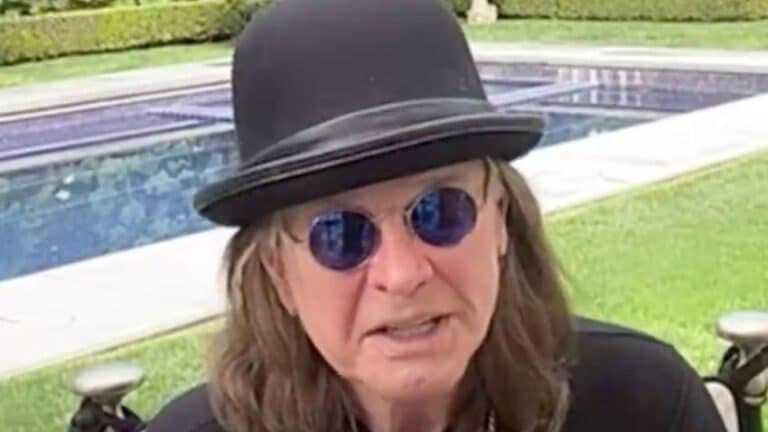 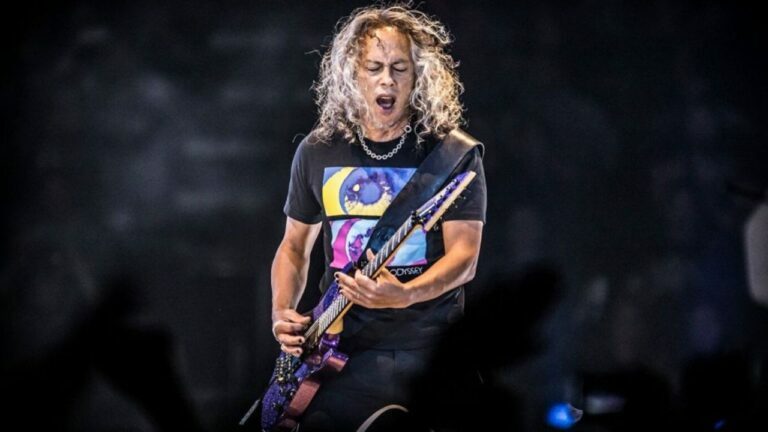