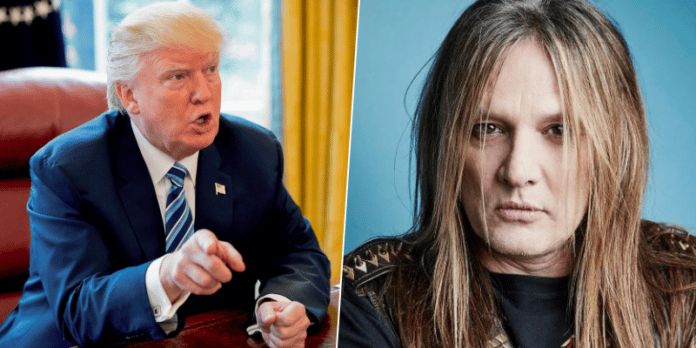 The Canadian singer/songwriter Sebastian Bach, also known with his 9-year vocal career with the heavy metal band Skid Row, has recently responded a fan’s opinion about Donald Trump and called the Trump supporters as an idiot.

While the American singer David Crosby responded to a follower’s question about if the American people uneducated, he said they don’t value education. He also said they are quite stupid.

“Almost half the country is embracing ignorance and racism as a life philosophy,” David Crosby wrote as a response. “They don’t read… they don’t value education at all… they claim to be religious but don’t act like Christians at all… they are basically quite stupid… and don’t know it.”

After his thoughts, a fan named Bud Primo responded to David’s tweet and criticized David’s career because of his words about Americans. He said: “Alienating half the country is a brilliant career move.”

Voting for Donald Trump makes you the complete fuking idiot.

Alienating half the country is a brilliant career move.