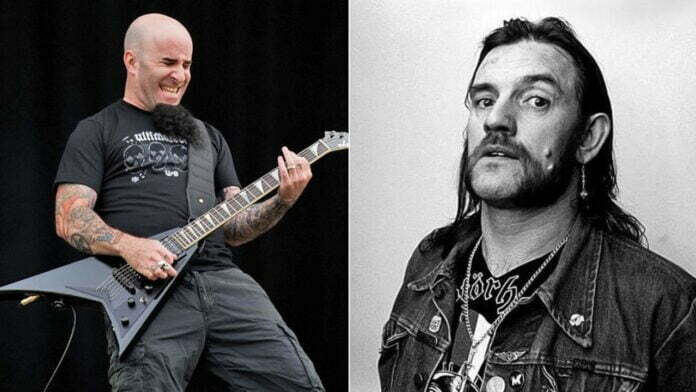 Scott Ian, the guitarist and singer of the thrash metal Anthrax, has recently appeared on his band Anthrax‘s Instagram post that shared to mourn Motörhead legend Lemmy on his birthday.

Lemmy Kilmister, the founder, lead vocalist, bassist and frontman of the heavy metal band Motorhead, has passed away on December 28, 2015, due to prostate cancer, cardiac arrhythmia and congestive heart failure. He was 70 and beloved by rock listeners.

Recently, Anthrax has sent a social media post to remember Lemmy and to touch his greatness. They sent three photos in total, which includes Frank Bello, Charlie Benante, and Scott Ian with his wife and child.

In the first photo, Lemmy was posing with Charlie Benante while he was lying down on Lemmy’s shoulder and was holding Motörhead records. When people swiped and reached out to second, Lemmy was with Frank. In the third and final photo, Lemmy and Scott Ian Family were posing while looking at the camera.

“Happy Birthday to the Boss. #Lemmy,” Anthrax captioned. Later, Scott Ian appeared in the comments and shared his feelings on Lemmy while remembering Motörhead’s opening for Ozzy Osbourne in 1981.

“Saw Motörhead open for Ozzy in 81 at the Palladium in NYC,” Scott Ian commented. “Met Lem in 85. He was always the BEST.”