Subscribe
BANDS She Used Metallica to Scare the Cougar, Then James Hetfield Called Her 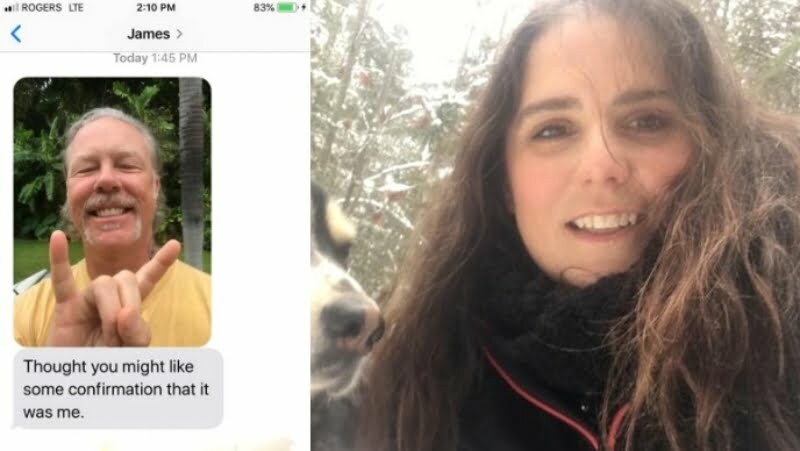 Dee Gallant was walking with her dog on Vancouver Island. At that moment, she saw a Cougar coming towards them. After that, she began to scream and the cougar stopped coming towards her. Dee said, ”I was out hiking when I noticed this cougar stalking me, it wasn’t afraid at all just kept staring at me.” about the moment.

Thinking about what she could do, she started to play Metallica from her iTunes. The song she was opened, ”Don’t Tread On Me”.

Following this incredible story, Gallant, who had a big impact in the world newsletters, was called by Metallica’s James Hetfield.

”I couldn’t believe he was called me”, she said. Dee Gallant said he was skeptical about the person on the phone, and admitted that she even asked him who he really was.

After the call, an unexpected selfie was sent to Dee’s phone. It was really James!