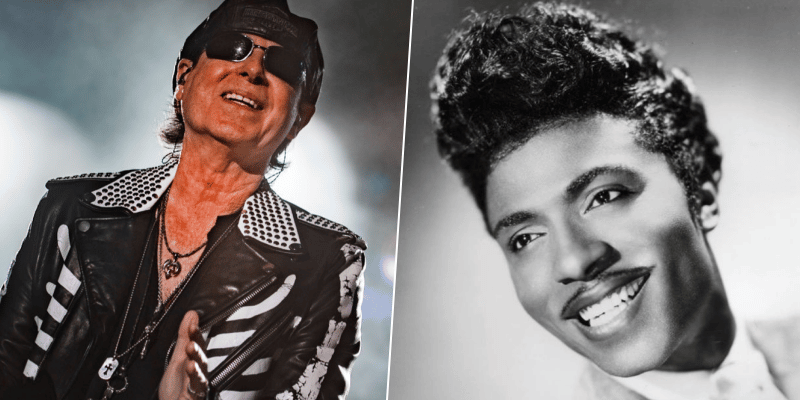 The German rock band Scorpions frontman Klaus Meine has talked about the legendary singer Little Richard and paid his tribute to him, who died at the age of 87 due to cancer.

While he spoke to “Sirius XM,” Klaus said that the passing of Little Richard is sad but the footprint he left on Earth amazing. He also added his words that his music will live on forever.

“Little Richard passed away, it’s so sad to see him go, but the footprint he left on planet Earth amazing, because he inspired The Beatles, he inspired so many artists that played his music.

“I think it’s true when he described himself being the ‘architect of rock and roll,’ and that’s so true – he’s a very true rock and roll icon. And I’m proud that we covered one of his songs on ‘Tokyo Tapes’.

“And it’s a sad day for rock and roll, but Little Richard’s music will live on forever.

After his tragic passing, Little Richard‘s former agent Dick Alen revealed that the cause of death is related to bone cancer.”

The legendary artist, who described himself as the “architect of Rock n’ Roll,” proved himself to the world of rock music and the whole world with the important works he made until the 1970s. Little Richard was ranked 8th in the list of “100 Immortals of Rock & Roll”, which created by Rolling Stone in 2005.