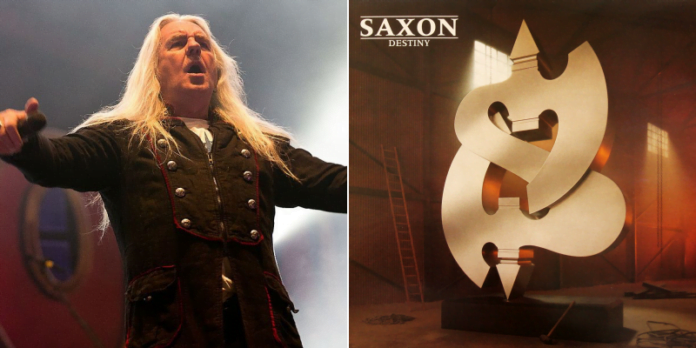 In a new appearance with Eon Music, Biff Byford, the vocalist of the English heavy metal band Saxon, who sold more than 13 million albums worldwide, has talked about the band’s ninth studio album times and revealed the issues they fought at that time.

“It was a bad time for Saxon then,” Biff said. “I think the content of the album seems pretty good to me; the songs are great – ‘S.O.S’ and stuff like that – but we were going through a lot of bad things, and the album really saw it.”

He continued: “I don’t have good memories of making the album or being in the band at that time because shortly after that it all went sort of pear-shaped again.”

Biff also talked about the feeling he felt when he heard the album.

“So, I suppose it was a good album for us if it was sorted out where we were going to be going.

“I mean, if I hear the album it sounds great, but for me, there’s too many keyboards on there and just a lot of stuff that was put on there. But I do like the album – I don’t dislike the album.”

Biff Byford singing with Saxon since 1977 while he plays bass since 1986.