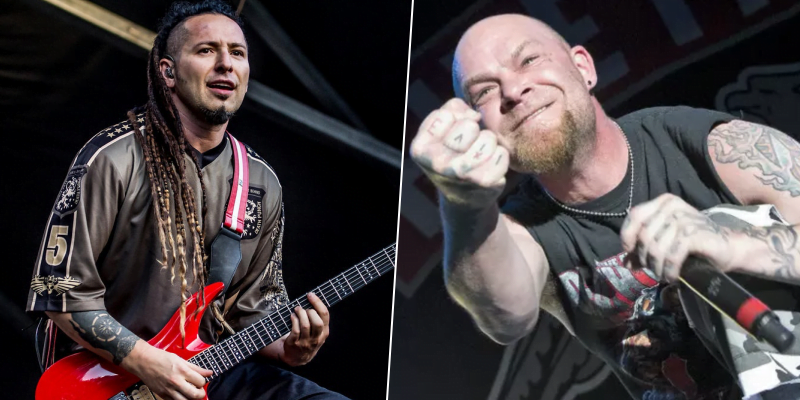 In a new conversation with 95.5 KLOS, Zoltan Bathory, the guitarist of the American heavy metal band Five Finger Death Punch, who sold over 500,000 copies for its debut album The Way of the Fist in the United States, has talked about his bandmate Ivan Moody and his battle with alcohol.

“For the longest time, I didn’t understand alcoholism,” Zoltan said. “And for anyone who’s not drinking or is not around people who are alcoholic or have this problem, I had the reaction that probably most people have: ‘Why can’t you just stop? Goddamn! Just stop drinking.’”

He continued: “And I had to learn, I had to understand that it’s not that simple. And I actually had to make that conscious decision that this is like my little brother, Ivan. And he’s struggling.

“And so many times, I wanted to choke him, but it’s my little brother. And it’s a really weird emotional state seeing somebody that you care about destroying their lives. And they destroy everything else and everybody’s lives around them.”

“It’s pretty bad when you have to witness that, especially when you have to live with somebody. And I wanted to understand, and I wanted to help. And I realized, actually, I [needed] to get a quick education in what I’m dealing with, how do I make a difference here? And so really quickly I learned it’s actually not as simple as ‘just stop.’

“The education part was that, ‘Okay, then I have to become a chess player here and somehow and Jedi mind trick him somewhere or someway make him see that life can be better on the other side.’ It’s a lot of that.”

He said that at the end of all efforts, Ivan successfully completed the rehabilitation and never gave up. Also, at the end of his words, Zoltan made us feel that he was proud of Ivan for not giving up.

“And in the end, we succeeded – he went to rehab many, many times and finally he succeeded. He didn’t give up, and I think it’s one of the best things that ever happened.”

On June 12, 2017, Ivan Moody has entered the rehab and late 2019, he returned from rehab with an exciting statement that said he had been sober for the past 22 months.