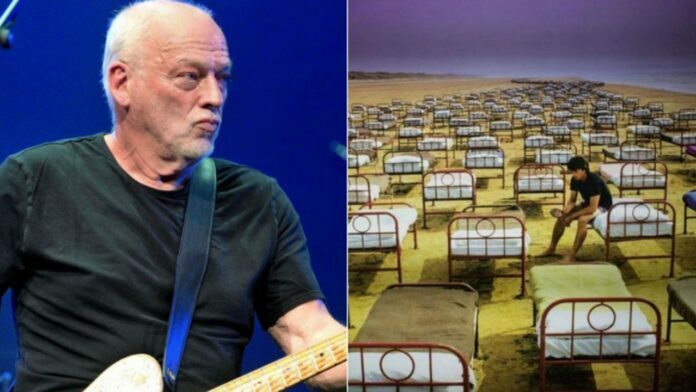 Pink Floyd recalled the day that they took the album cover of its thirteenth studio album A Momentary Lapse Of Reason.

Floyd has just updated its official social media channels to take fans back to one of the most epic moments they’ve ever lived during their thirteenth studio album era.

Pink Floyd was an English rock band was formed in 1964 by Syd Barrett, Nick Mason, Roger Waters, and Richard Wright. While releasing its debut studio album in 1967, titled The Piper at the Gates of Dawn, Floyd broke up several times in the past. Releasing fifteen studio albums in total, the band was released its latest album in 2014, titled The Endless River.

Selling more than 250 million records worldwide, there were some great Pink Floyd albums that have reached world success. According to the band’s fans, one of those greatest albums was the band’s 1987’s A Momentary Lapse Of Reason album, which has an interesting photo-shot story.

Around 1987, the band went out to a beach in Devon to take a photo of the album’s cover. They brought the original 700 hospital beds onto the beach to take the photo-shot. Unfortunately, they’re caught by the rain and forced to cancel the shot. Shortly after, the band had to repeat the moment to take the shot.

Today in 1987, Pink Floyd released A Momentary Lapse Of Reason in the UK. Shooting the album cover involved dragging 700 hospital beds onto a beach in Devon. Rain interrupted the shoot and they had to repeat the exercise two weeks later… pic.twitter.com/RULaBTiHa9

In their newest Twitter update, the band describes the moment: “Today in 1987, Pink Floyd released A Momentary Lapse Of Reason in the UK,” Pink Floyd tweeted. “Shooting the album cover involved dragging 700 hospital beds onto a beach in Devon. Rain interrupted the shoot, and they had to repeat the exercise two weeks later…”

Yesterday (September 6), Roger Waters, the bassist/singer of the band, celebrated his 78th birthday. Pink Floyd has added a new social media post to celebrate his birthday.

Roger Waters is known for his huge career with Pink Floyd, the band that he co-founded. Reaching his world success with the band, the musician has also been working hard for his solo career. Throughout his solo career, Waters released four solo studio albums.

However, in the celebration post for Waters, Floyd said: “Happy 78th birthday to Roger Waters…”