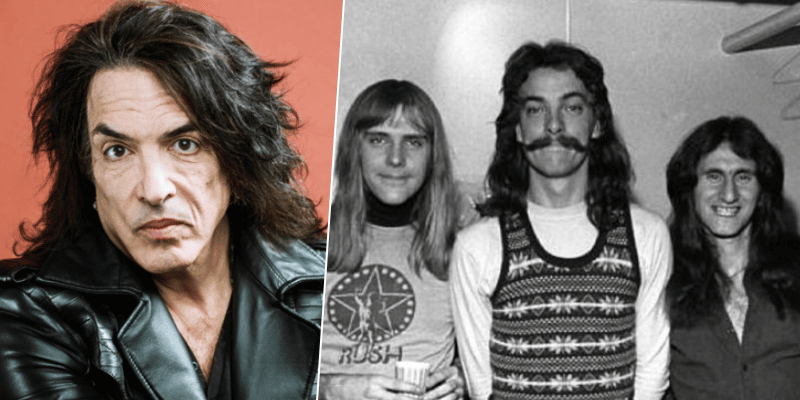 In a new appearance on Outlaw Magazine, Paul Stanley, the rhythm guitarist of the American rock band KISS, has recalled the first time RUSH opening for his band KISS and took the fans back to ’70s.

While he talks about those days, Paul Stanley said when the RUSH‘s legendary drummer Neil Peart, who died at the age of 67 because of brain cancer, joined RUSH, it became a different band.

“The first time Rush opened for us, they had their original drummer, John Rutsey, along with Geddy and Alex,” he said.

He continued: “But when Neil joined, overnight it became a different band, Suddenly, they had this incredible musician backing Geddy and Alex. There was only one Rush and they perfected a style and walked a road that nobody else had been on. I saw that band in its infancy and they went on to build an incredible legacy.”

The Canadian rock band RUSH announced the passing of the band’s drummer Neil Peart on January 10 and shocked the whole world.