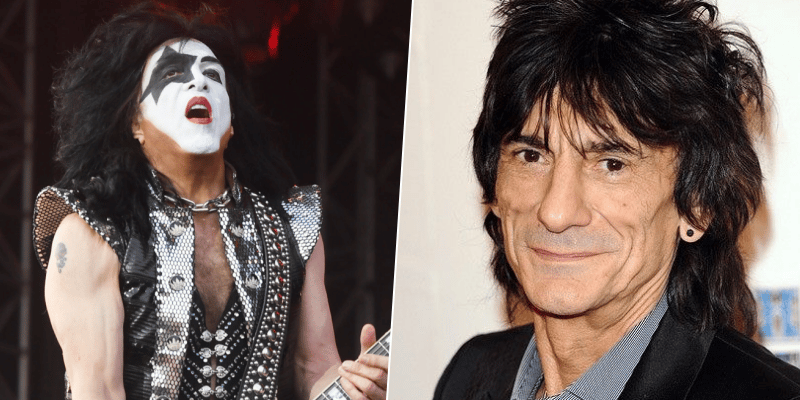 The 68-year-old singer/guitarist Paul Stanley, known as the guitarist/vocalist of the rock band KISS, has just shared a new photo featuring English rock musician Ronnie Wood, best known with his 45-year effort with The Rolling Stones, and joked about the photo he posed.

In the photo shared by Paul Stanley, there was a 72-year-old star Ronnie Wood, who did makeup like KISS style. Paul Stanley, who saw him in KISS makeup, stated that he is ready to join the crew.

When Paul Stanley detailed the moment, he stated that Ronnie Wood‘s twins painted him like that. He wrote the following words to describe the moment exactly:

“Ronnie’s twins painted him up. Looks like he’s ready to join #KISS!”

Also, the photo attracted great interest from the KISS and The Rolling Stones fans. Some of them stated in the comments of the photo that he looks like Joker more than a new KISS member. Some of them have also keep up with the joke and revealed that they look forward to seeing him on stage with KISS.

Ronnie’s twins painted him up. Looks like he’s ready to join #KISS!