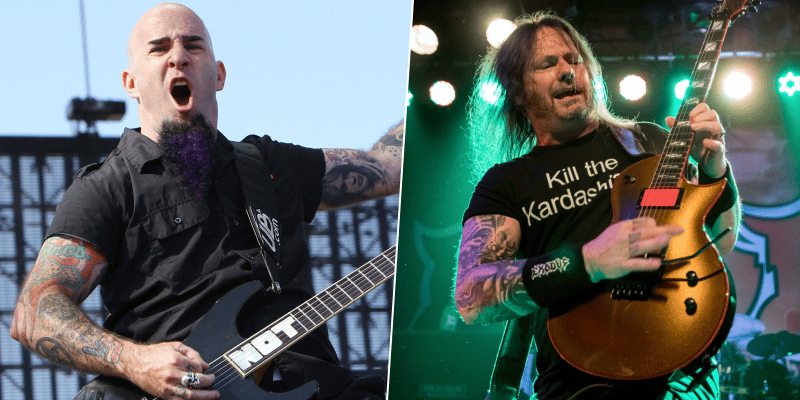 The 56-year-old American musician Scott Ian, best known as the guitarist/vocalist of the 39-year thrash metal band Anthrax, has celebrated Slayer star Gary Holt‘s 56th birthday with a photo he shared recently and showed how he loves him.

In the photo he shared, Gary Holt was wearing a curly wig. He was smiling while looking across to the camera and he looked funny inside the wig.

When Scott Ian sends his birthday wishes, he revealed an unheard fact about Gary Holt and stated that he is his manicurist. Also, he touched the Star Wars day and used their iconic words to celebrate his birthday.

To the response of Scott Ian‘s photo, many fans laughed because of the caption he wrote for him. They also sent good wishes in the comments of the photo and celebrated Gary Holt‘s 56th birthday.

Happy birthday to my favorite (and only) manicurist Gary Holt! @garyholt_official #maythe4thbewithyou