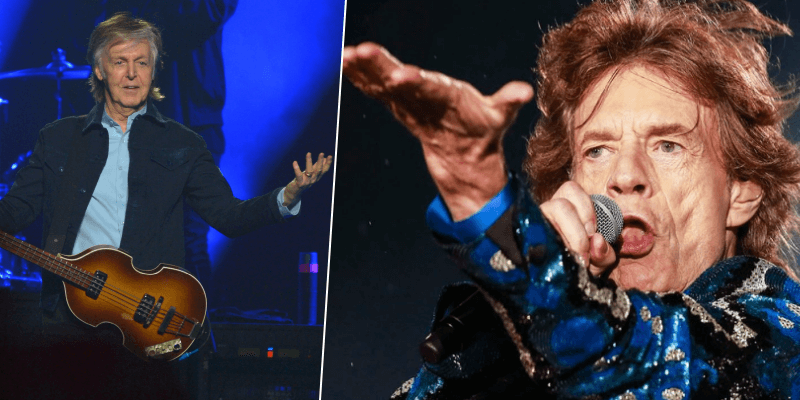 In a new conversation with The Howard Stern Show, the world-star musician Paul McCartney, best known as co-lead vocalist/bassist for the English rock band The Beatles, has talked about The Rolling Stones and explained why he thinks The Beatles were better than them.

When the interviewer asked, “I’m not asking you to be pompous about this; The Beatles are better than The Rolling Stones. Am I correct?”, Paul McCartney replied:

“Well, you know, Howard, you know you’re gonna persuade me to agree with that one. I’ve always said it but the thing is, The Stones are a fantastic group, I go see them every time they come out. They’re just a great, great band.”

“Mick can really do it, the singing and the moves and Keith, and now Ronnie, you know, and Charlie, I mean, they’re great, I love ’em.

“But they’re just rooted in the blues, and so when they’re writing stuff, it’s to do with the blues. Whereas, we had a little more influences. I mean, Keith once said to me, ‘You’re lucky, man,’ he said, ‘You have four singers in your band,’ he said,’ ‘We got one.’”

At the end of the speech, he confirmed that The Beatles were better than The Rolling Stones.

“You know, there’s a lot of differences, and I love The Stones, but I’m with you – The Beatles were better.”

Paul McCartney gained his world fame as a vocalist, bass guitarist, rhythm and lead guitarist, keyboardist, and drummer for The Beatles with his 10-year career with them.