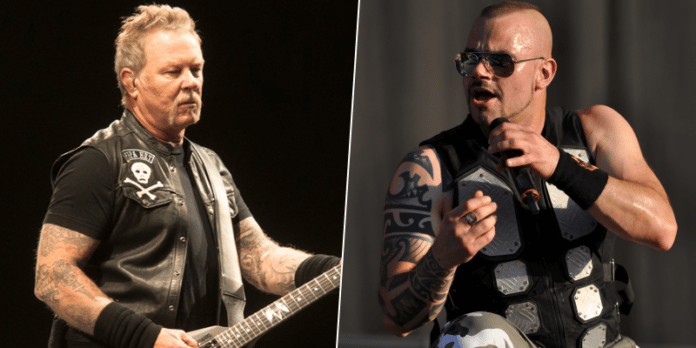 In a new appearance on Metal Hammer, Joakim Brodén, best known as the vocalist of the Swedish heavy metal band Sabaton, was asked the question that about the American heavy metal band Metallica and answered if he plays their song “One,” which about war and justice.

When the interviewer asked, “Would you ever consider covering Metallica’s ‘One’? It’s a song that is about war and one that you would do justice to,” Joakim Brodén replied:

“Thank you! I would love to, that’s one of my favorite Metallica songs and they were at the top of their game then. From a singer’s point of view: how the fuck can I outperform James Hetfield on that? I can’t and maybe it’s better that we don’t.

“Metallica, Judas Priest, Iron Maiden – we’ve covered them all and they rarely turn out good because those bands are the best at being those bands for a fucking good reason.”

He continued: “There’s a better chance of us doing an original cover of something from a different music genre or something that’s not so emotionally loaded for us. How do we step out of their shadow when we grew up under that shadow?”

Sabaton has released its ninth full-length called The Great War on July 19, 2019.