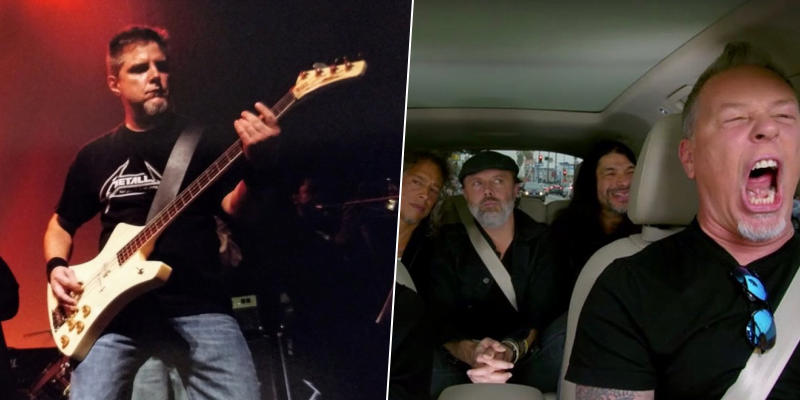 On August 15, 2017, the world-known heavy metal legends Metallica guested on Carpool Karaoke, which was a recurring segment on The Late Late Show with James Corden, and performed Rihanna’s Diamonds track in a car.

The 57-year-old guitarist Ron McGovney, best known as the original bassist of the American heavy metal legends Metallica from October 1981 to December 1982, has updated his social media account with a funny tweet he posted about Metallica‘s Rihanna cover.

A Metallica fan shared a tweet about Rihanna‘s birthday and tagged the band about it. Ron McGovney, who see it, responded to the tweet and shared his thoughts. He shared the gif of someone who threw himself out of the car and wrote: “W.T.F.”

You can watch that moment, and can see Ron’s tweet below.