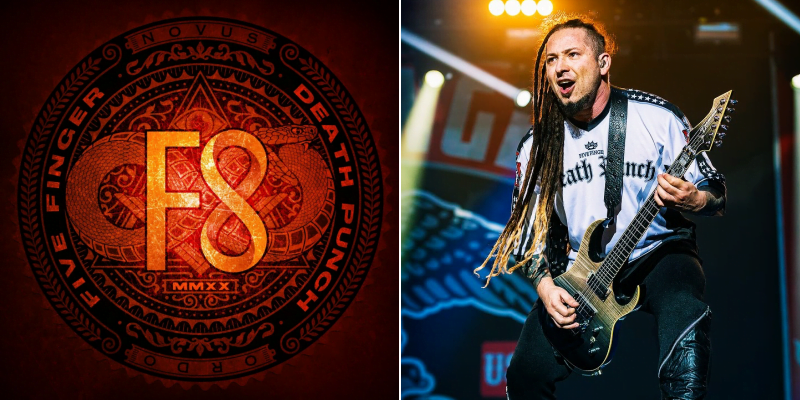 During an interview with Star FM from Germany, the world-famous heavy metal band Five Finger Death Punch guitarist Zoltan Bathory has talked about the band’s latest studio album F8 and revealed where the inspiration of the album’s title came from.

“Originally, we were just gonna call it ‘8’, sort of,” he said. “We thought it’s the eighth record, and if you wanted to be esoteric about it, we figured, well, if you turn the ‘8’ sideways, it’s the symbol of infinity. There was some play with the visuals. I do most of the design and the graphics for the merch in the band in general.”

Also, Zoltan said that only 8 would not be enough, the name needed a little more, and said after that they added the F. He also gave some details about what F means like.

“So, I was playing around with the graphics and I thought it maybe needs a bit more. And we were bouncing around ideas, and we added the letter ‘F.’

“So it was, like, Five Finger Death Punch‘s eighth record. At the same time, if you want to read it phonetically, it could be ‘fate.’”

The latest and eighth studio album of the Five Finger Death Punch, F8, has released on February 28th, 2020, via Better Noise Music.