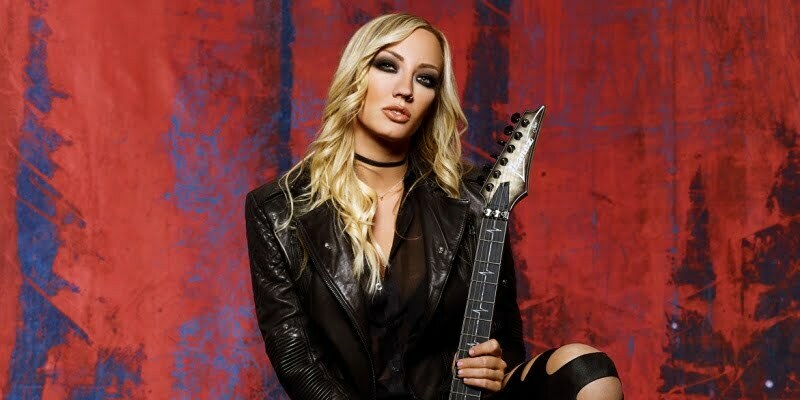 The American guitarist Nita Strauss, who also known for her work with Iron Maiden all-female tribute band The Iron Maidens, has just updated her official social media account with a photo featuring the wall painting of Baby Yoda, the fictional character from the Star Wars Disney+ original television series The Mandalorian, and showed how great it was.

“I have never related to a piece of street art so strongly”, Nita wrote in the caption of the photo.

In the photo taken by Nita Strauss in Melbourne, there was a note written for Baby Yoda and it said, “Chicken, nugget, I want, mmm… Yes.”

The world-famous American singer Zhavia Ward has also commented on the photo and put two smiley emojis on it.

Also, on her question-answer event, which held on today, a fan asked a question about the presence of Nita. It asked, “Did you have to practice your stage presence ever, or did it come naturally to you?”

“I wouldn’t say practice,” Nita replied. “But definitely had to perfect it, strong performance is something that comes naturally after being on stage a lot… So, play as many shows as you can!”

Nita Strauss is the first female signature artist of the Ibanez guitars.