Subscribe
NEWS METAL Metallica’s Robert Trujillo Breaks His Silence With A Special Moment After A... 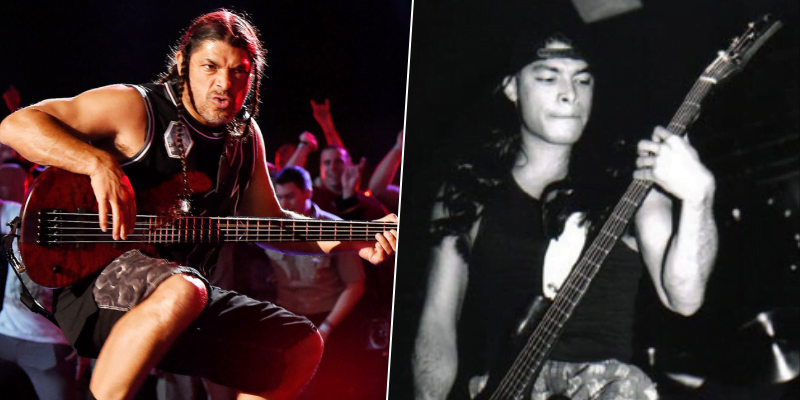 On February 24, one of the greatest bassists, Robert Trujillo, joined Metallica and wrote his name in history with golden letters.

The 55-year-old American guitarist Robert Trujillo, who rocks the stage with the heavy metal band Metallica from 2003 to present, has recently posted a new photo through his verified social media account and shared his thoughts about his special day.

“17 years with these guys, time flies when you’re having fun!!! I’m so grateful, and our Metallica family world wide are so Amazing,” Robert wrote in the caption of the photo. He also tagged Metallica and his bandmates to the photo. He could not tag James Hetfield because he closed his account.

A fan named Mario Perez shared his thoughts on the comments of the photo and expressed his admiration for Robert. He said, “Metal Gods. You’re a hell of a bass player man. One of my fav bands n musicians. Hope to see you guys in Daytona.”

Also, Metallica drummer Lars Ulrich has celebrated Robert’s special day with a photo he sent through his social media account and expressed his happiness. By the way, in the comments of the photo shared by Lars, former Guns N’ Roses drummer Matt Sorum has revealed an unheard fact about Robert Trujillo and said, “It would have been 19 if you listened to me the first time when I said get the guy from Ozzy’s band at The Sunset Marquee. Haha congrats Rob!!”