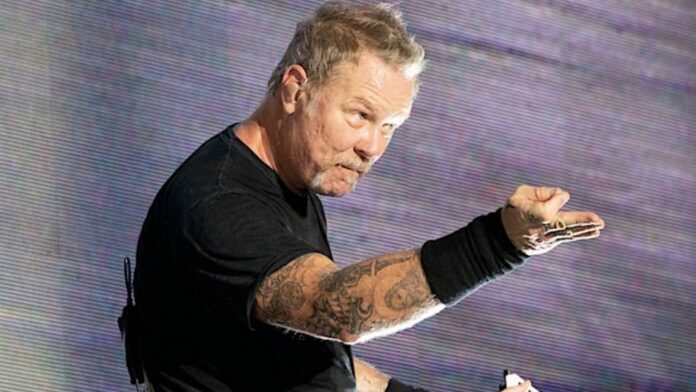 One of the most popular journalists in New Zealand, David Farrier, has just reported that the New Zealand mother has named her children Metallica, Slayer, and Pantera. Also, Metallica‘s middle name is the band’s epic album “…And Justice For All.”

The journalist has sent a tweet about the issue which also includes a press release. In the tweet, Ferrier said that the mother told him that “it’s not easy raising three of the heaviest bands.”

“Thread 1/4: proud to report that a New Zealand mother has named her children Metallica, Pantera and Slayer,” the journalist tweeted. “She told me ‘it’s not easy raising three of the heaviest bands.'”

He also added: “I become a bit suspicious when she also included Metallica’s best album ‘…And Justice for All’ in her kid’s name too, but New Zealand’s registrar-general seems to confirm it’s a real thing.”

David also noted: “I reached out to the Registrar-General himself, asking if there are any restrictions naming babies after band names or albums.

“There are no restrictions on naming babies after bands or albums, as long as the word used is not generally considered to be offensive or does not resemble an official rank or title…

“I think it’s important to note this mother is also a big fan of crossbows, which are also truly metal, and she deserves our complete and utter respect for this (and for raising three kids).”

thread 2/4: i become a bit suspicious when she also included @metallica's best album "…and justice for all" in her kid's name too, but new zealand's registrar-general seems to confirm it's a real thing: pic.twitter.com/1jOy5AUWxT

thread 4/4: finally, i think it's important to note (as you can see in the photo in my article) this mother is also a big fan of crossbows which are also truly metal and she deserves our complete and utter respect for this (and for raising three kids): https://t.co/kiXGTrr60A

Metallica to Release A Massive Version Of Black Album

Metallica has announced that they will release a new massive reissue of the band’s fifth studio album Black Album, the Blacklist. The album will include 53 different artists.

Sending exciting news, Metallica said: “With contributions from countries all over the globe from the U.S. to Nigeria, there are tracks from singer-songwriters, country artists, electronic, and hip-hop artists alongside punk rockers, indie darlings, icons of rock, metal, world music, and many, many more covering the entire spectrum from musicians we’ve shared the stage with, to some who were not even born yet when the original album was released!”

On June 29, Metallica has published the alternate version of “Sad But True (Take 36 – February 5th, 1991)” taken from the “Rough & Alternate Mixes” from the Black Album’s 30th-anniversary remastered deluxe box set.

As we were recording the version of “Sad But True” that made “The Black Album,” we went through dozens of takes in the studio. Check out Take 36 from February 5, 1991, available in the deluxe box set.