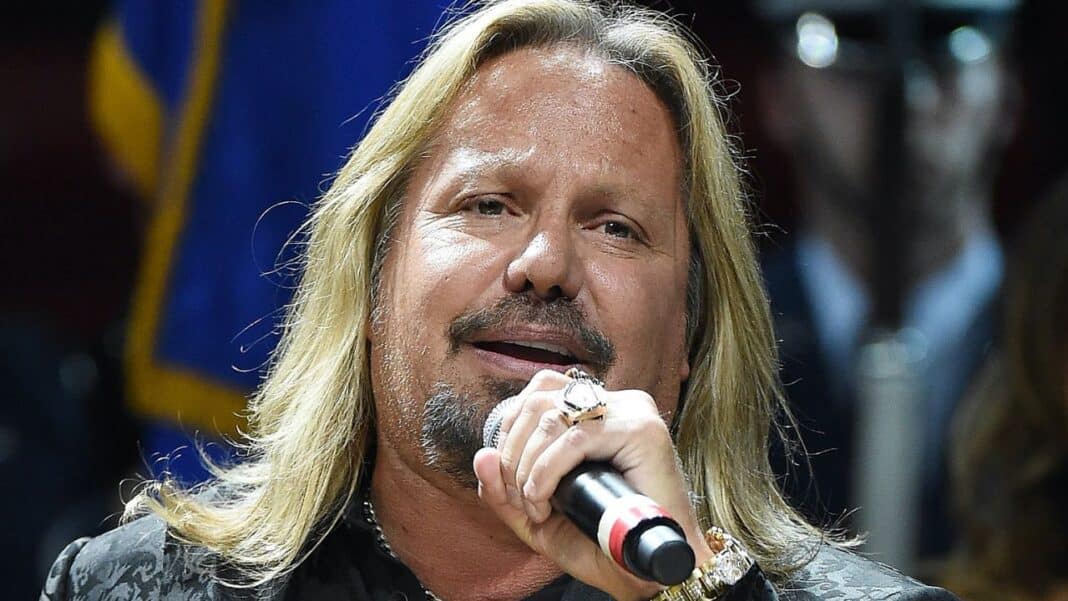 The co-founder and lead vocalist of the heavy metal band Motley Crue, Vince Neil, was appeared on his and his girlfriend Rain Hannah‘s friend’s social media account and was looked as overweight as before, although he worked out for their Stadium Tour.

As some of you might remember, Vince Neil was preparing with nutritionists and personal trainers to tour for the band’s Stadium Tour. He was always criticizing by Motley Crue fans because of his passion for alcohol and low live performance.

However, there were 5 photos of Vince Neil in the social media post. Vince Neil and his girlfriend were there because they were honored to be godparents of their family friends. Although it was one of the most special moments of Vince Neil, he was still criticized by fans because of his weight.

Also, in the caption of the post, the family friend, Hope McBane, was talking about the personality of Vince Neil. According to her, Vince Neil had a great side that people have to see always.

She wrote, “What a special moment…. the godparents of our kids. @thevinceneil @rainhannah We couldn’t of asked for better people to share this honor with. You’ve been there before kids, and will be here always & forever. Sorry, didn’t mean to make you both cry. Vince actually taught Carter how to swim. I wish people got to see more of that side of him. He is such a softy with a huge heart and everyone knows @rainhannah is the most selfless, kindest person alive. Never says anything bad about anyone. Such a great quality to have. The kids love you both to the moon and back. And no better way to initiate this honor then engraved godfather & godmother @chambong glasses!!”