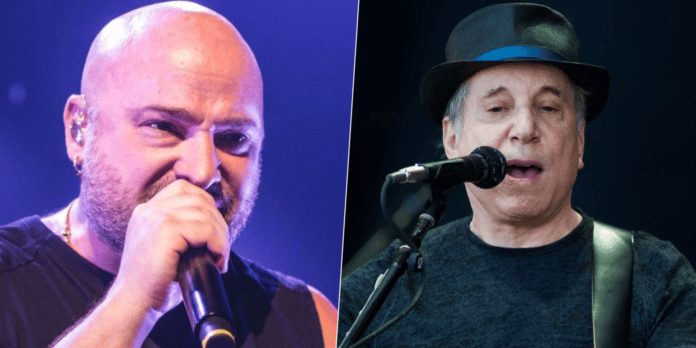 In a new appearance on Metal Hammer, David Draiman, the singer of the heavy metal band Disturbed, remembered the band’s Sound of Silence cover, which made in 2015 and originally belongs to Simon & Garfunkel, and revealed what Paul Simon said about their cover.

While he talks on the issue, the successful singer was asked if they get any feedback from Simon & Garfunkel for their cover. David replied by remembering that day and revealed Paul’s reaction.

“He had expressed an interest in contacting me. I said of course he could and then waited like a nervous child.

“He wrote: ‘David, really powerful performance on Conan the other day. First time I’d seen you do it live. Nice. Thanks. Paul.’

“We were a few hours away from performing when I got the email, and I ran around backstage to anyone who’d care to look at Paul’s praise! He liked it so much that he talked about it repeatedly in interviews and even put our Conan performance on his own social media pages!”