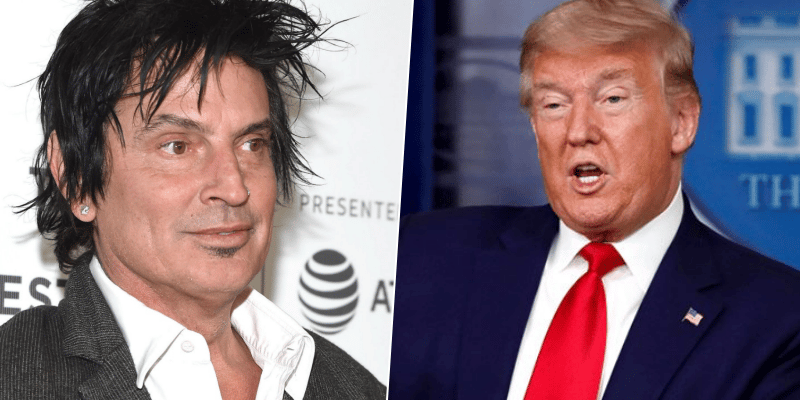 The American musician Tommy Lee, known as the drummer of the heavy metal band Motley Crue, has just sent a new tweet through his official Twitter account and responded a tweet of the 45th and current president of the United States, Donald Trump.

Recently, Donald Trump has announced that he will be making a press conference later in the day. Tommy Lee, who saw the tweet, has responded to his tweet and shared his thoughts about it.

In Donald Trump‘s tweet, the following words are writing: “I will be having a White House Press Conference today at 5:00 P.M. Thank you!”

Tommy Lee‘s respond was a photo. It was writing “Suck it.”

You can see the tweets below.