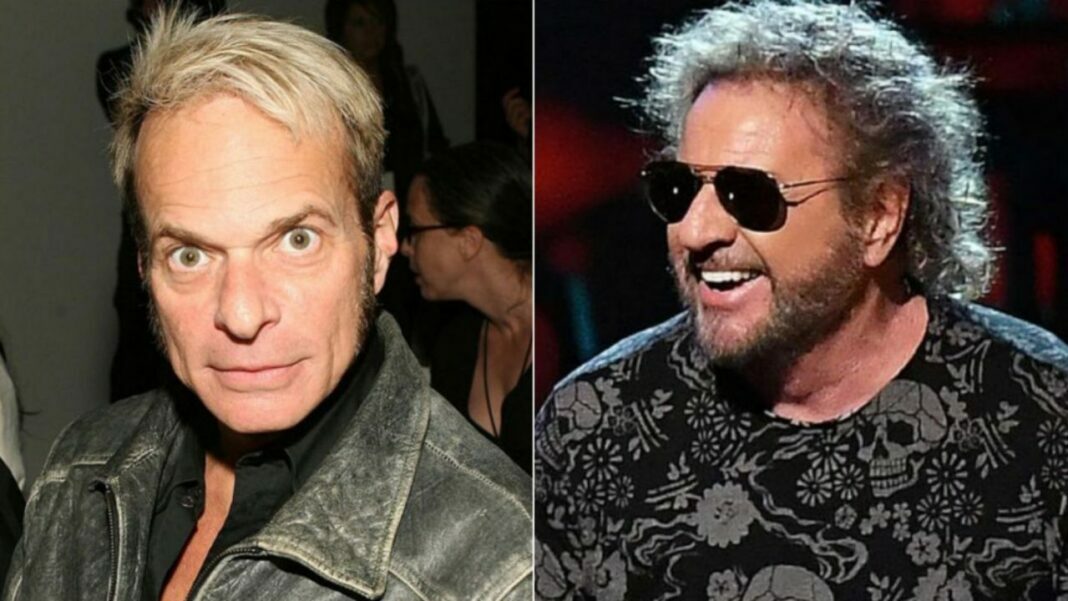 As some of you know, Sammy Hagar and David Lee Roth are former Van Halen singers. In 1985, Hagar replaced Roth and recorded four albums with the band.

Recently, Hagar made an appearance on Inside With Paulo Baron to discuss David Lee Roth. Focusing on Roth’s presents himself to the public, Hagar blasted him and said he is fake: “Well, the first thing I’d say is I look at him and I think, ‘Wow. He’s a strange person. He’s a strange character.’ He’s not what he’s saying he is; he’s pretending. He’s totally bullshit.

“Everything he does is thought up and it’s an image. It’s nothing to do with who he is; he’s not exposing who and what he is. And I know this for a fact. I knew that the first time I saw him. I said, ‘This guy, he’s putting on an image, putting on a show.’

“He goes back home and goes in his house, and he’s a whole different guy — nothing to do with that guy [you see on stage]. He’s not honest about his image and his performance. That’s what I see when I see him; that’s how I feel. But I tried to be friends.”

Later, Hagar continued by their teaming up for a co-headlining 2002 tour. He has blasted him once again and said Roth was the words guy to be around.

“When we did our together, I thought it was gonna be so much fun. I thought, ‘If he’s anything like he claims to be, we’re gonna have a good time.’ But he wasn’t.

“He was the worst guy to be around. He wasn’t ever around. He hides out. You never see him. He puts on this whole big front and comes out, ‘I’m here. David Lee Roth is here,’ and then he goes and hides again.